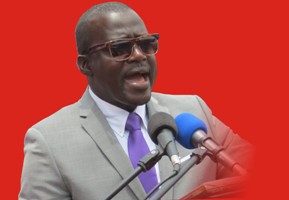 Sierra Leone’s parliamentarians have asked the government to raise their salaries by over 300%.

Mohamed Bangura, the APC member of parliament for Constituency 066 in Karene today on Radio 98.1 said that parliamentarians need more for what he says is constituency engagement.

Sierra Leone is one of the least developed countries in the world. Two-Thirds of its citizens live on a dollar a day or less. The per capita GNI is an estimated $406. Parliamentarians though, don’t seem to be aware of the country’s financial status.

If the proposed salaries and allowances are approved, the Speaker of Sierra Leone’s Parliament would have a take-home package of $300,000. That is more than Paul Ryan, Speaker of the US House of Representatives earns annually.

Government workers across the public sector have low wages. A registered nurse or senior nursing officer earns about $300, a medical doctor in government employment makes about $500 month. Mayors and District Chairpersons get monthly salaries between $250-$500. These are all workers who are on call 24 hours a day.

There are 146 parliamentarians and paramount chiefs in Sierra Leone’s legislature. If the government were to honor their demands the wage bill for parliament (not inclusive of the Speaker & the Deputy Speaker) would cost the government over $7 million.

The general response on social media from Sierra Leoneans at home and I’m the Diaspora was one of shock and anger. Citizens are frustrated with a government that only seems to want to serve itself.  On Facebook, one user suggested that instead of allowances for their wardrobe MPs should consider wearing uniforms. 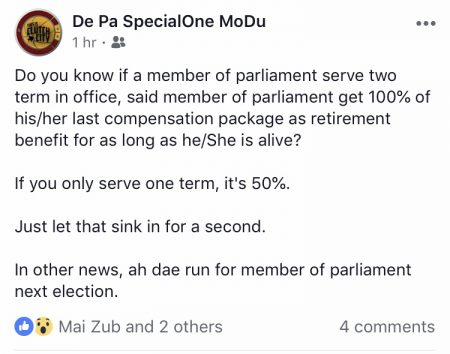 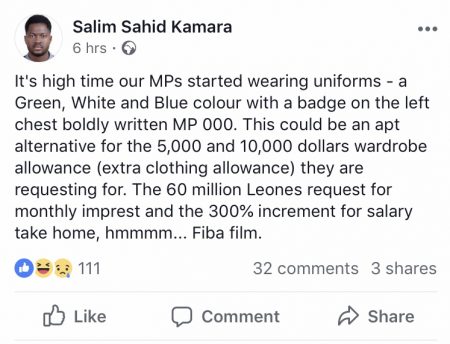 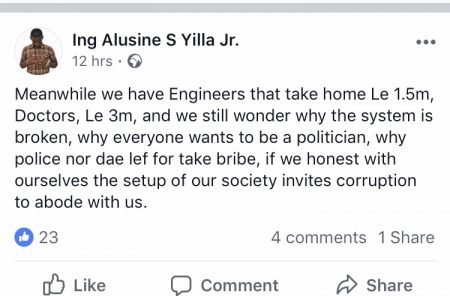 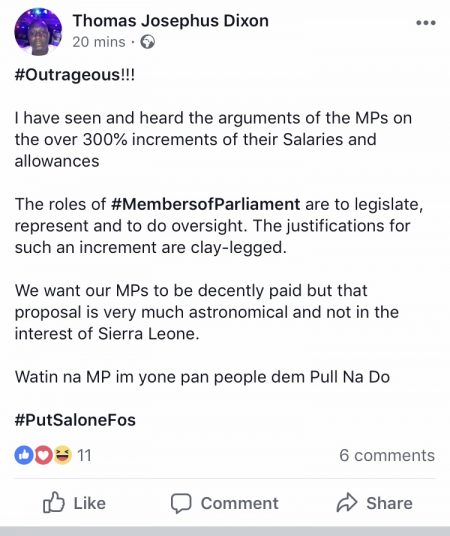 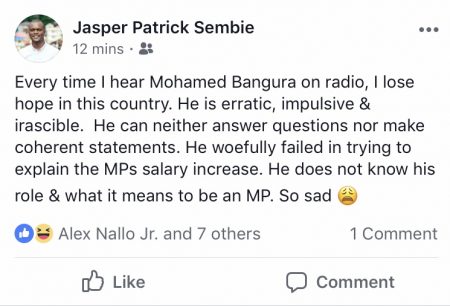 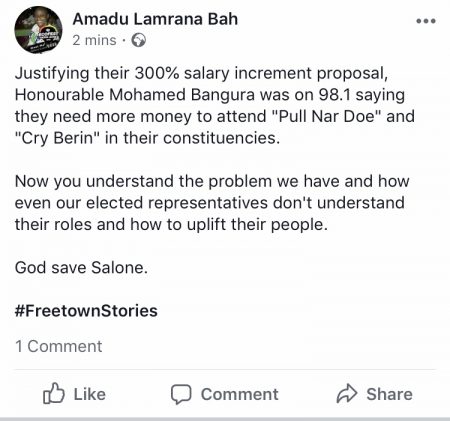 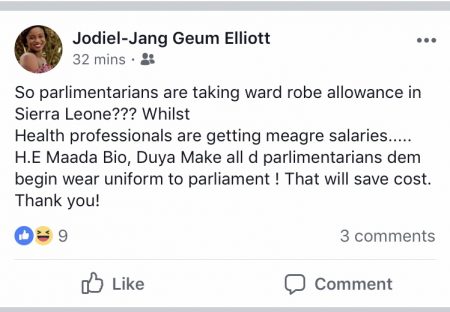