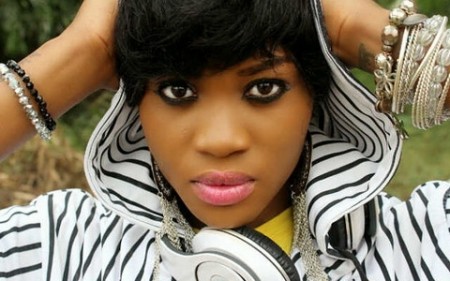 When Ghana’s Eazzy and Keitta made it onto Big Brother Stargame, they were the first two in a relationship to ever compete on the reality TV show. Yesterday Eazzy became the first contestant ever on the show to boycott the Sunday evening eviction ceremony that all nominated players up for eviction turn up to find out whether they continue in the game or head home.

Eazzy supposedly got angry with Big Brother after they refused to provide her with the Brazilian weave on she was promised. She then refused to wear her microphone or complete a final diary session before the eviction show.

The 25-year-old known on the show as Mildred Ashong is a budding musician in Ghana. For her rebellion against the show today Big Brother fan site slammed the singer on their website calling her a “black hole’, a loser, a disrespectful individual, a bad game player and a cheap brand.”

Also evicted yesterday were Edith and Eve from Botswana. Keitta, Eazzy’s boyfriend survived eviction and got upgraded to Upville where he joins Sierra Leone’s Zainab and others.