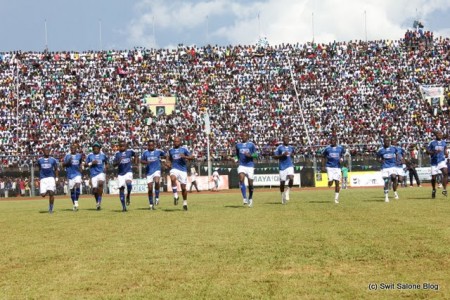 FIFA has just released its recent country rankings and Sierra Leone has for the first time topped the Super Eagles of Nigeria. Team Leone Stars now stand at 61st, two places ahead of Nigeria. By comparison the Nigerians have decades of football experience and seniority over Sierra Leone. In 1994 they were ranked top 5 teams in the world. On the other hand, Sierra Leone has never qualified for the world cup and the team has only made two appearances at the African Cup of Nations in 1994 and 1996. Congratulations to the Sierra Leone Football Association and the talented and dedicated players on team Leone Stars. BIG UP!