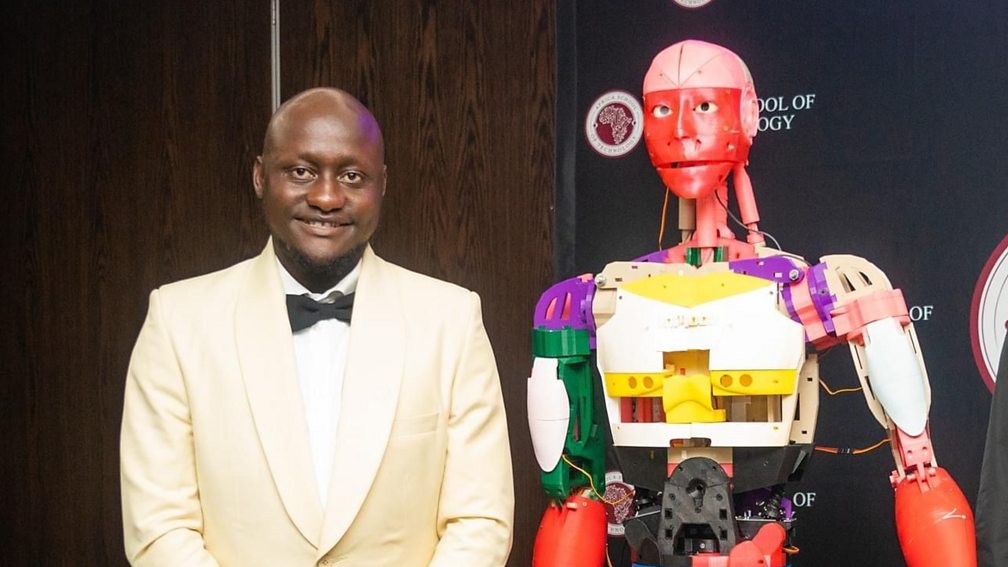 Tejan-Sie is the founder of the African School of Technology. Several years back he arrived in South Africa only with three dollars in his pocket, but with hard work, he has become the developer of the first operational robot in Africa.

“I think it is a proud moment for someone like me all the way from Sierra Leone, in South Africa, and being an African to develop the first operational robot. Actually, it was not an easy journey, but I feel proud that it was accomplished and got it out there for the public to see,” said Tejan-Sie.

Across the world, many industries are now using Information Technology and Ai to boost their system, Tejan-Sie believe

“The future of technology which is web3, blockchain, and Ai, these things would help Africa tremendously, and reduce our poverty rate by more than 50 or 60 percent. All we need here is the skills and we have our people to know them, with this it is possible for us to achieve anything we just need to put our mind to it and look at what we have to get what we want out of it,” Tejan-Sie explained.

His robot is currently able to speak and as well uses other features that incorporate Ai. In addition to producing the first robot, he is also working with local academic institutions and other organizations to develop talents.

He further explains his plans of giving back to his home, Sierra Leone, saying that he has already been in contact with some government officials and other young potentials.

“As for Sierra Leone, it is home, and there is no place like home. I am currently in contact with a few government officials and people in the education industry, and other young potential Sierra Leoneans as well,” he said.