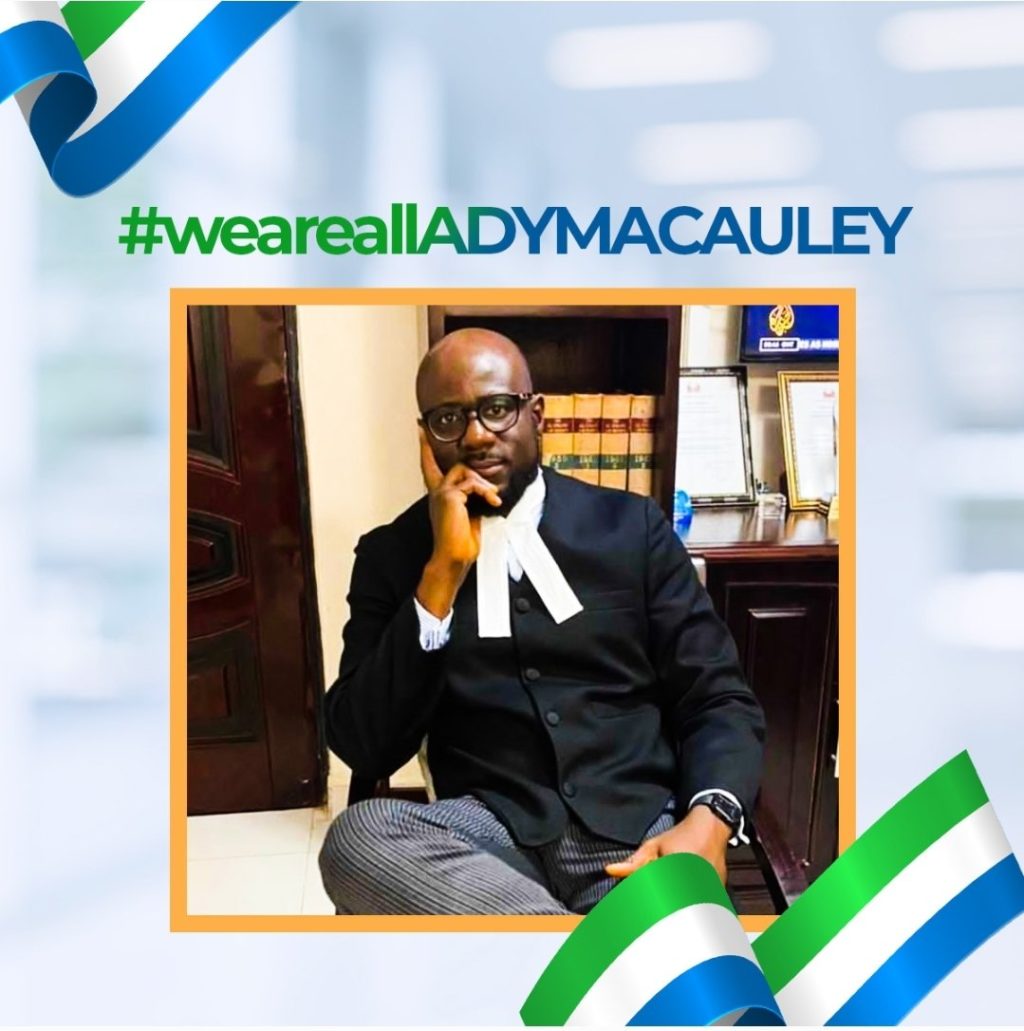 During his appearance on TV, he gave his legal interpretation of the country’s freedom of assembly laws. His arrest came right after his party colleague, the Mayor of Freetown City Council, Yvonne Aki-Sawyer was invited for 8 hours of questioning for alleged “obstruction of police duties and disorderly behavior” at the police headquarters.

The lawyer was arrested on Thursday, October 6, 2022, and spent the night in a cell. Macauley is a member of the main opposition All People’s Congress (APC), he served as commissioner of the country’s Anti-Corruption Commission under the Ernest Bai Koroma-led APC government.

He was banned from traveling by the SLPP government in 2018. In May 2020, he was also, arrested for questioning following protests over the killing in cold blood of over 40 unarmed prisoners in Freetown by presidential guards.

However, his arrest has sparked conversations across different platforms and they have called for his immediate release.