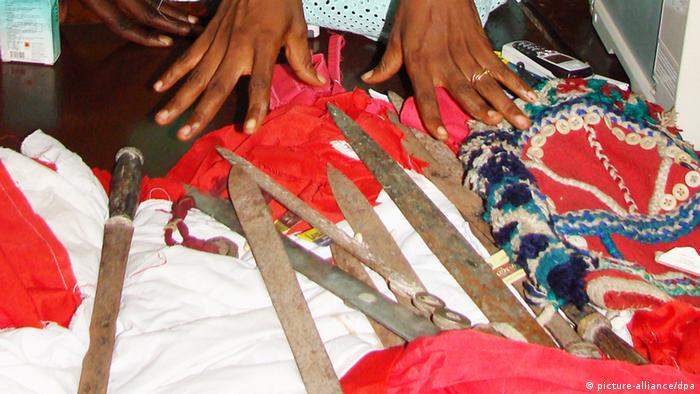 Female Genital Mutilation (FGM) also known as “Bondo” in Sierra Leone is a practice in which the female genitals (clitoris/labia) are deliberately cut or removed, and at least over 200 million women across the world have undergone a form of FGM. The United Nations has recently declared that women and girls who have gone through FGM as persons with disabilities.

In Sierra Leone, 86 percent of the women and girls (9 out of 10 women/girls aged between 15 and 49 years) have been initiated into FGM, locally called “Bondo”, the majority of them are being forced into it, and the country has one of the highest rates of female genital mutilation in Africa. It is believed that the practice is a way of teaching young girls how to become better women, but they originally come out of the initiation without their clitoris or labia, major organs in the female reproductive system.

The practice has been globally described as not having any medical benefits to the en/girls who have been initiated. Most times the practice causes short- and long-term health complications, including chronic pain, infections, increased risk of HIV transmission, anxiety and depression, birth complications, infertility, and in the worst cases leads to death.

In December 2021, a 21-year-old  woman, by the name of Maseray Sei died from complications arising from FGM in Nyandeni village, Imperria Chiefdom, Bonthe District, Southern Sierra Leone. She was reported to have bled to death, and her body was found in a secret bush called “Bondo bush”.

Also in January 2019, a 10-year-old girl died while she was being initiated into Bondo. She was cut and she bled out. A woman was arrested but her parents who sent her there were not.

There is no law against FGM in Sierra Leone. Even the country’s 2007 Child Rights Act does not protect girls from the cut. The 2012 Sexual Offences Act does not include FGM although it considers the penetration of a child as an offense

Others who have been forced to be initiated sometimes flee to safe zones, as their lives are put in danger. While some who undergo the initiation always come out in public to criticize it, saying that it has not been beneficial to them in any way.

However, civil society groups, UN bodies, activists, and other organizations have over the years called on the government of Sierra Leone to impose a ban on the practice, as there is no law against FGM in the country. Even the country’s 2007 Child Rights Act does not protect girls from the cut. The 2012 Sexual Offences Act does not include FGM although it considers the penetration of a child as an offense

However, politicians and state officials used it to gain more voters in rural communities. A report released recently shows that a Parliamentarian paid all the charges involved for over 150 girls to be cut.