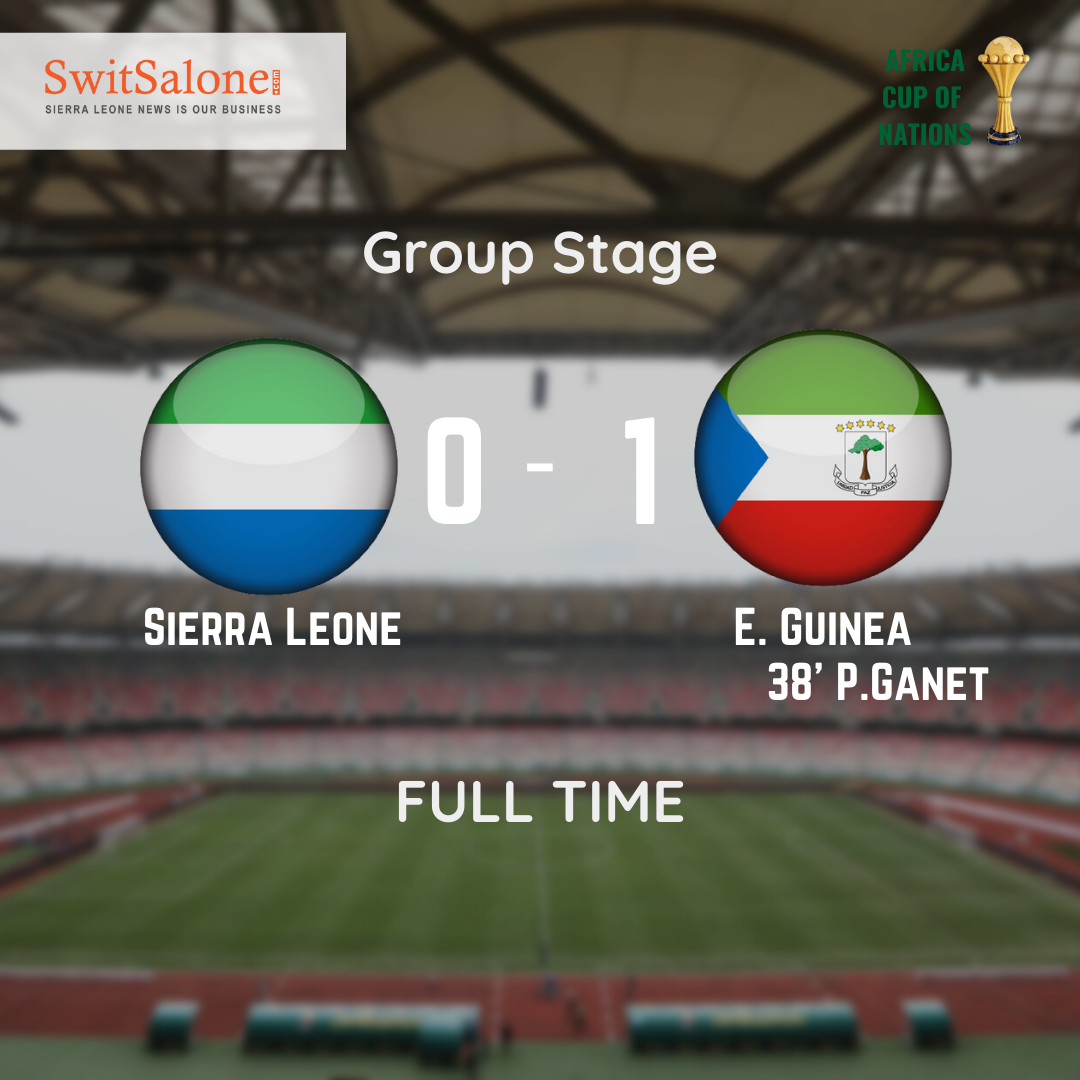 After returning to the Africa Cup of Nations for the first time in 25 years, the Leone Stars of Sierra Leone have ended their journey in this ongoing tournament today, January 20, 2022, as they were defeated by Equatorial Guinea in their last group match.

The two sides who were described as underdogs go head to head today at the Limbe Stadium and the Equatorial Guinean side won the match by a goal to nil, as Pablo Ganet scored the only goal in the 38th minute of the game.

After a long wait for over three decades, Sierra Leonean supporters were very assertive that their team would make it to the next round of the tournament, and today all those dreams ended just as it was in 1994 and 1996 respectively. The city of Freetown is totally in silence, after Kei Kamara who scored the goal against Benin that qualified the team missed a penalty towards the end of the match, the only goal chance Sierra Leone had.

The Sierra Leonean team only needed a goal to level the score with Equatorial Guinea and they would have qualified for the next round for the first time, as “Best Losers” with three points with zero goal difference. But as of now they only have two points, whilst Ivory Coast has 7 points, Equatorial Guinea with 6 points and Algeria with one point as they were unable to defend their title.

However, the people of Sierra Leone have accepted defeat and they are embarrassing their team which they say put up an exceptional performance in the tournament, after the long absence. Below are social media reactions from people about the game.