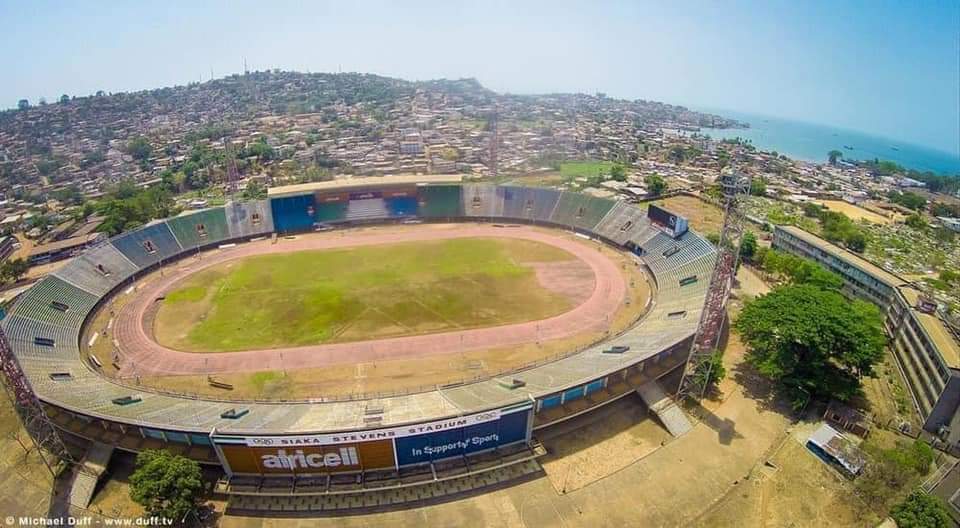 The Minister of Sport in Sierra Leone, Ibrahim Nyelenkeh has in a radio interview confirmed that rehabilitation of the country’s National Stadium in Freetown will commence in early February this year.

This comes over a year after Africa’s football governing body, CAF banned the stadium saying it does not match international standards to host matches there. According to CAF, the stadium which was constructed in 1979 is in a poor state and so far it has been the main venue for all senior international matches in Sierra Leone since its construction.

According to, a social media post by Sierra Leone reporter and TV host, Amadu Lamrana Bah, the Minister of Sports, states that the contractors for rehabilitation are already in Freetown to start the work and it will last for two years.

Before now, Sierra Leoneans from across the country has called for the rehabilitation of the country’s only national stadium, as it has been used several times for different occasions. Many of their concerns were for the government to act fast so that accidents and other destruction will be avoided since the stadium is old.

This news has been welcoming to some Sierra Leoneans, while others are asking for the construction of a brand new modern stadium with easier and safer access, food and drinks court, better toilet facilities, changing rooms where fans have no access, and better seating and viewing experience.