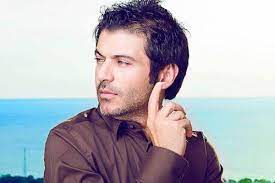 Singer and songwriter, Nasser Ayoub has on December 7, 2021, used his social media handles to withdraw from this year’s National Entertainment Awards (NEA).

NEA is an annual ceremony that celebrates Sierra Leone’s excellent minds in music, movie, sports, and other walks of life. In a post made by the artist, his decision to withdraw from this year’s award is that till the nomination list was released the organizers of the award ceremony had not sent him a letter to inform him of the nomination.

The artist who was nominated in the category of “Best Male Afro-Pop R&B Artist of the Year” said he is only seeing his nomination details through social media and not officially from the organizers.

He advised event organizers to treat local artists with respect just as they do for foreign acts.

This year’s NEA awards is the 5th edition and it’s scheduled to take place at the Radisson Blu Hotel in Freetown on December 23, 2021.