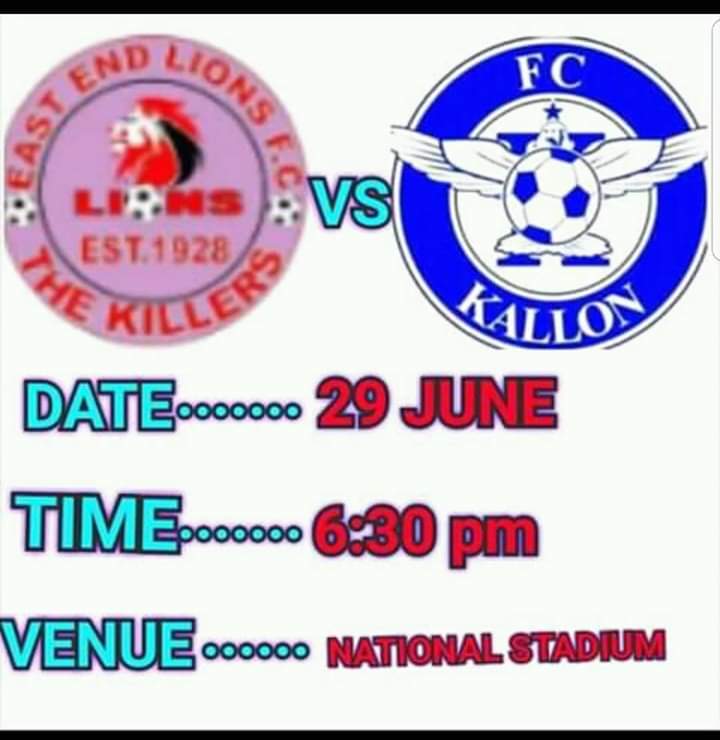 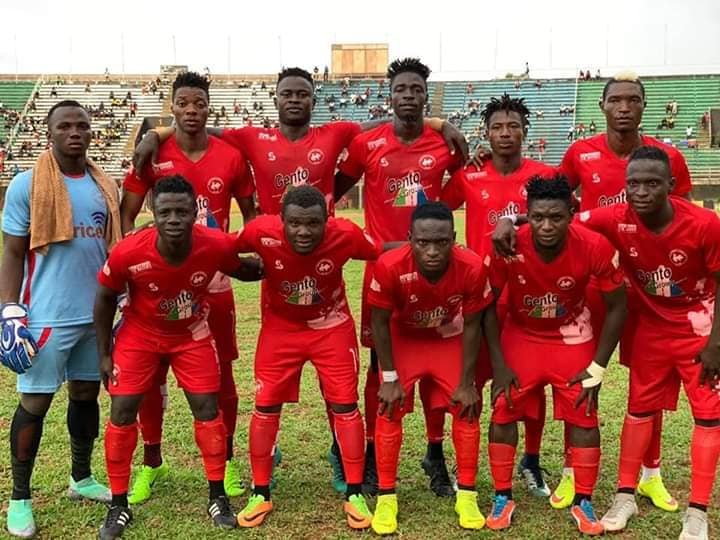 The most anticipated fixture expected to attract thousands of football loving fans across the country is scheduled to take place on Saturday, 29 June 2019 at the National Stadium in Freetown.

Both teams have a squad filled with talents but the ability to win tomorrow’s encounter will determine who will get over the line.
Lions, on one hand, is seeking to tighten their grip on the title charge while FC Kallon is on the other side is gunning to prevent that from happening. 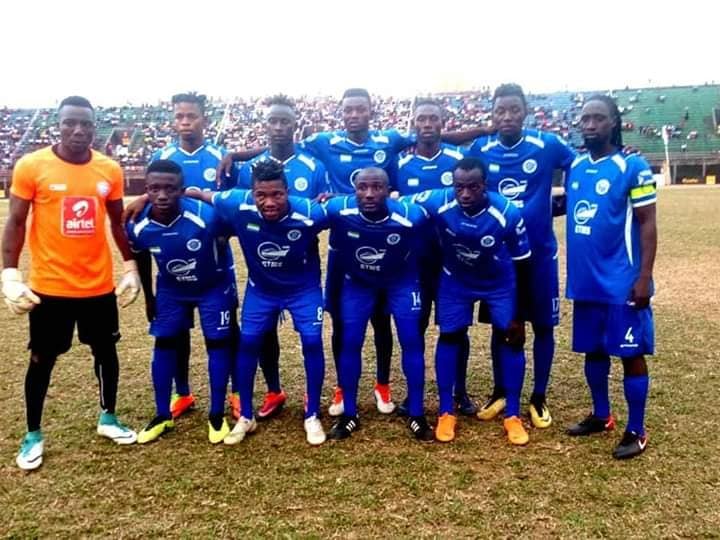 The Cavaliers unbeaten run was brought to an end by the Killers in the reverse fixtures on the 31st of March this year, which demoted them to second place in the league table. 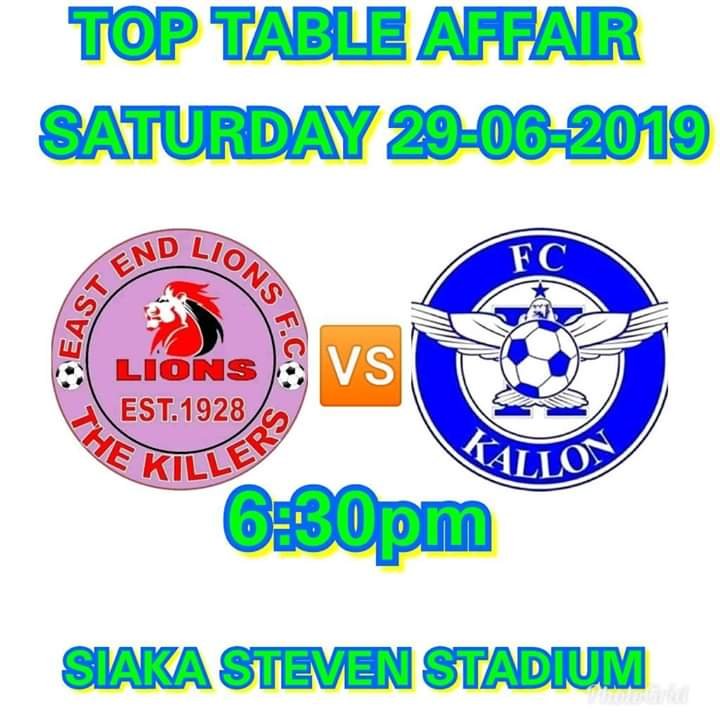 There are no injuries or suspensions for the two sides as they go head to head on Saturday, with only one point which separates the two teams.

East Lions, boast of having the strongest defence in the league which have only conceded 8 goals in 20 matches played, and FC Kallon prides themselves in scoring 27 goals which are the most goals in the league and only allowing only 10 goals in their net. 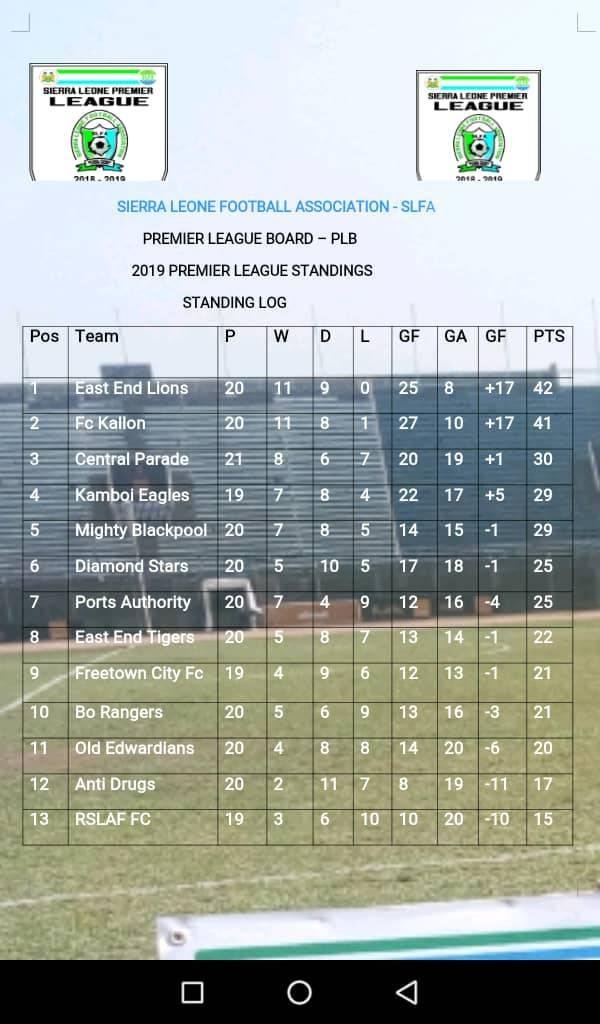 The pressure is on FC Kallon to defy all odds and put in a performance that will see them win this tough encounter. The Cavaliers are going into this match with one thought in their minds “Revenge” as the two sides have similar statistics on the number of games won. 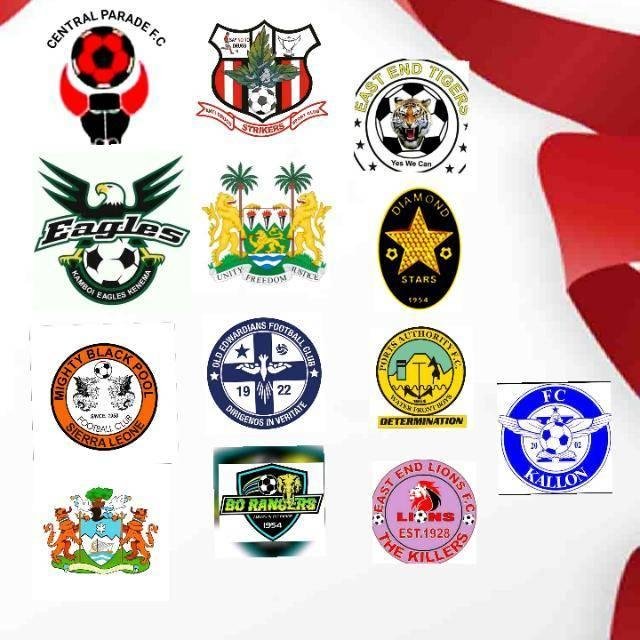 A win or draw for FC Kallon will pave way for a suspensive end to the Premier League that could see both sides fighting for the title to the final day, whilst a victory for the Killers will take them just one win to be crowned champions in three matches left.