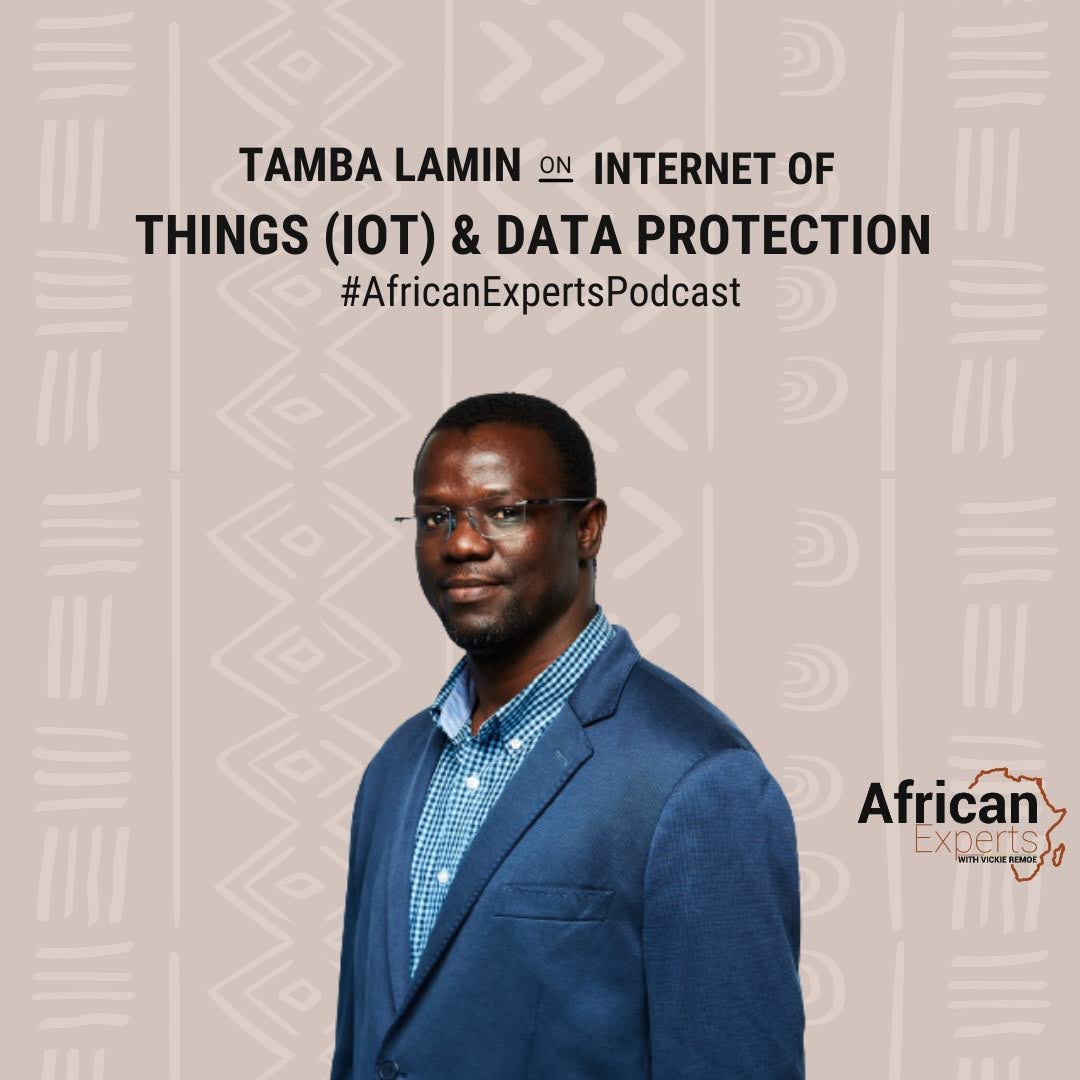 Living in the 21 century, every day the world is moving ahead in terms of technology and innovation, with innovations and solutions to tackle the problems we face emerging each day from across the globe.

In the latest episode of the African Experts Podcast, “Internet of Things (IoT) & Data Protection”, host Vickie Remoe is in conversation with Tamba Lamin, an experienced and versatile ICT expert from Sierra Leone who resides in the USA.

Remoe and Lamin discuss the Internet of Things or IoT and its benefits. They also talked about issues around access to the internet, data protection in light of recent events on the continent, as Governments in Senegal, Uganda and Congo were in the news most recently when they shut down citizen access to the internet to limit connectivity.

They further discussed how parliamentarians in Sierra Leone were about to introduce a cybercrime law that will give the police and the government unlimited access to personal data on computers and mobile phones and other mobile devices.

He is currently a Technology Architect and Digital Experience Platforms Practice Lead at Accenture where he leads a global team of 1,500 employees as they design, and develop interactive web, mobile, and IoT applications for a portfolio of  $10 Million in annual revenue.  He is a co-founder of TpISENT (S.L.) Limited, TpESTATE (S.L.) Limited, Gofenam (S.L.) Limited, SaloneTech, LAM-TECH Consulting, Fambul Tik, and others.

African Experts was produced by Frankvin Bob Mc Ewen with support from the team at VR&C Marketing, the background music used in the Intro was courtesy of Solo’s Beat, the song is part of his debut album which he released earlier this year. The sounds were originally recorded as a live broadcast during the “African Experts Show” and you can watch the video on YouTube: African Experts with Vickie Remoe

Tap here to listen to the podcasts now.