The $32 million USD loan agreement was approved during the 68th meeting of the ECOWAS Bank for Investment and Development (EBID) in July 2020 for the construction of a University of Science and Technology in Koidu Town, Kono District. 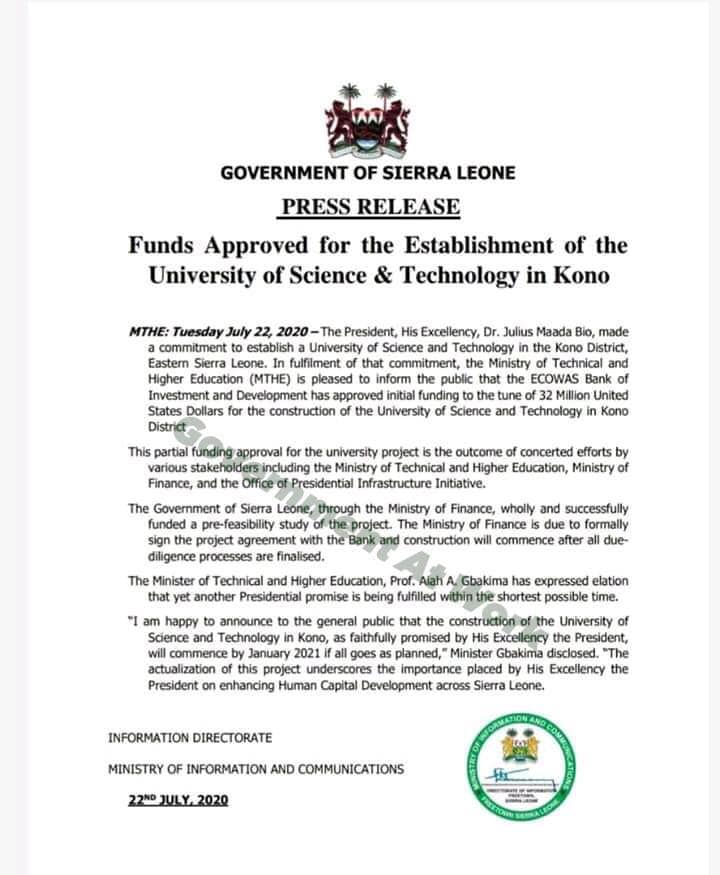 The University when completed will become the first university in the eastern province of Sierra Leone which is set to improve access to tertiary education and 200 students will be admited a year.

The University of Science and Technology will be built at Gbense Chiefdom on 417 acres of land. Kono District is well famous and known for being the largest diamond producer in Sierra Leone and home to Diamond Stars football club.

3 things you need to know about the...

The Most Beautiful People in Sierra Leone 2019