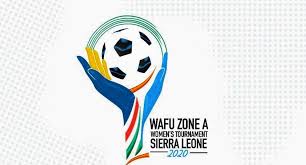 Sierra Leone will for the very first time host the West Africa Football Union (WAFU) zone A Women’s Cup. The competition will start on February 25 to March 7, 2020.

Kick off will be at the Bo Mini Stadium with a match between Sierra Leone and Cape Verde.

Makeni and Bo’s Stadium would be the two venue’s this competition would be hosted. The two cities stadia can occupy 25,000 spectators and have seating capacity for 10,000 people.

Sierra Leone will face Cape Verde, Senegal and Guinea in Group A while Group B will have Mali, the Gambia, Guinea Bissau and Liberia.

Sierra Leone will lock horns against their counterparts at the Southern City of Bo stadium, and Group B is expected to be played in Makeni City.

The West African Football Union, officially abbreviated as WAFU, is an association of the football playing nations in West Africa. It was the brainchild of the Senegalese Football Federation who requested that the nations belonging to CAF’s Zone A and B meet and hold a regular competitive tournament.

Sierra Leone was due to host the WAFU Under-17 Women’s Cup in November 2018, but that schedule had to change due to the country’s suspension from international football from football’s governing body FIFA. That ban has been lifted and the country can now host this year’s competition.