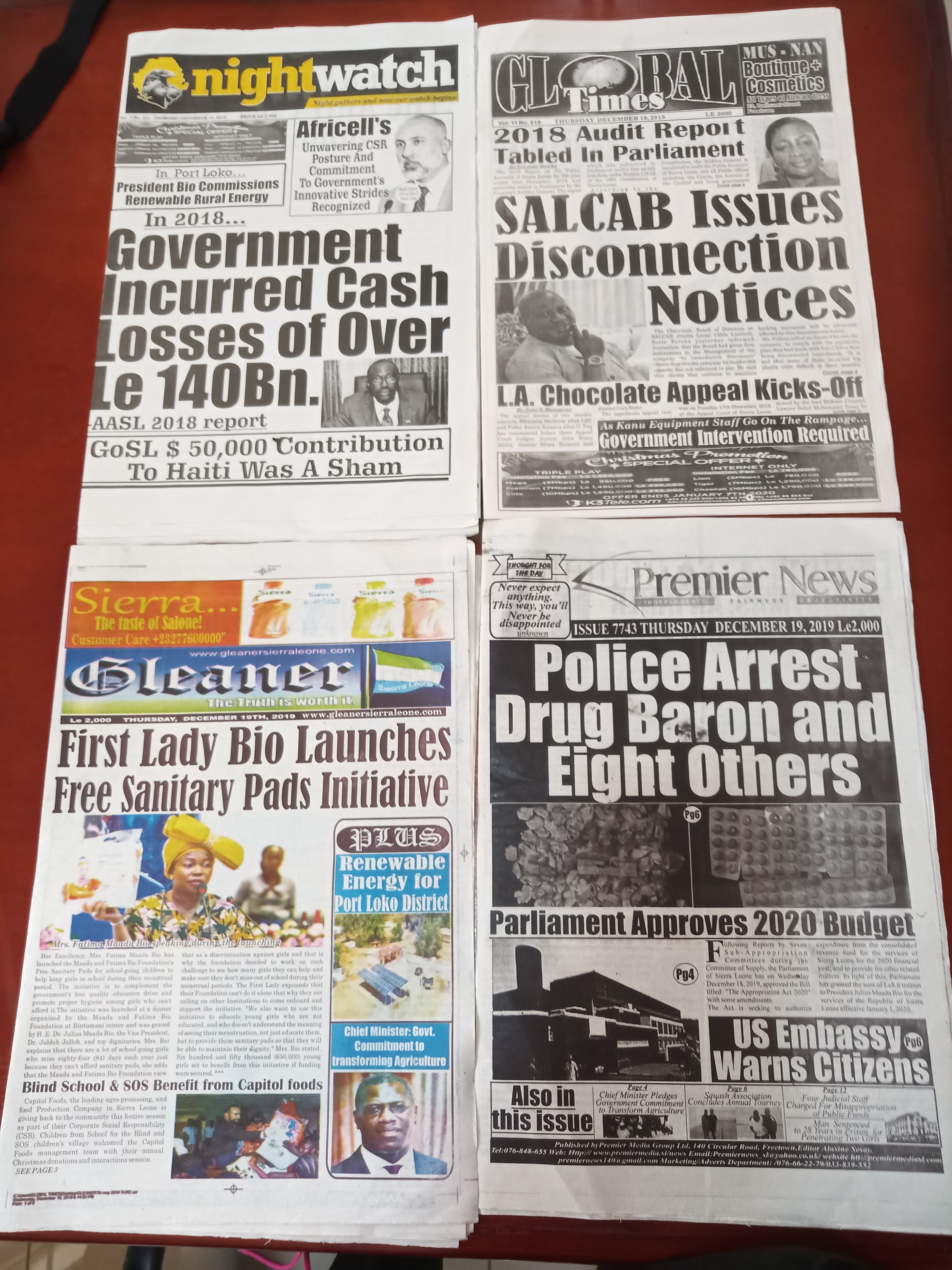 Non-registered and verified Police officers get no salaries.

Over 300 police officers have not received salaries for several months as a result of not being fully verified and registered officers.The verification exercise was conducted by the National Civil Registration Authority (NCRA). The police officers affected by this non- payment of salaries were the ones found guilty by NCRA of invalid certificates or referred to as ‘ghost workers’. These police officers are currently not just facing salary issues, but going through disciplinary investigations.

Detective police constable, Joseph j. Collins has testified before Magistrate Mark Ngegba of court No. 2 at Pademba road, for the murder trial of Journalist (Ibrahim Samura) who suffered and died of internal bleeding after been beaten during elections. Detective Collins testified in court that he recognised both accused, Herbert George Williams (Former Mayor of Freetown) and Abu Koroma brought in his office for conspiracy and murder and asked to do further investigations. Both accused are now in remand till 15 January.

Hassan Koroma has been arrested by the police for the alleged murder of Mariama Alieu at Konta town Kenema District. This alleged murder was as a result of the accused conducting a goiter operation on Mariama Alieu that led to her death. The alleged murderer claimed to be a medical doctor and herbalist, conducting operations in his house in an unprofessional marner. Koroma managed to escape after the patient’s death but was later arrested by the police and he is now being investigated.