Social media details required for all U.S visas applicant from now on, that is under the newly adopted rules. 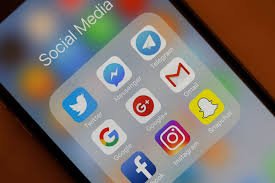 The U.S States Department says as it has updated its immigrant and non-immigrant visa forms which require applicants to provides five year’s worth of social media user names, telephone numbers, email addresses, International travel, and deportation status. Also, family members will be asked if they have been involved in terrorist activities.

A report from the department said, “we are constantly working to find, to improve our screening processes to protect US citizens while supporting legitimate travel to the United States.”

Before now, only applicants who needed additional vetting (such as people who had been part of the world controlled by terrorist groups, would have to hand over these details).

As of now, applicants will have to give their account names on a list of social media platforms, besides the platforms that are available in the U.S and also volunteer the details of their accounts on any sites which are not listed.

The new rules were proposed in 2018, authorities say an estimated amount of 14 to 15 million people would be affected yearly. Included are those applying to immigrate to the U.S, for studies, work, do business or just visit.
Diplomatic and official visas applicants could be excluded from these new rules.