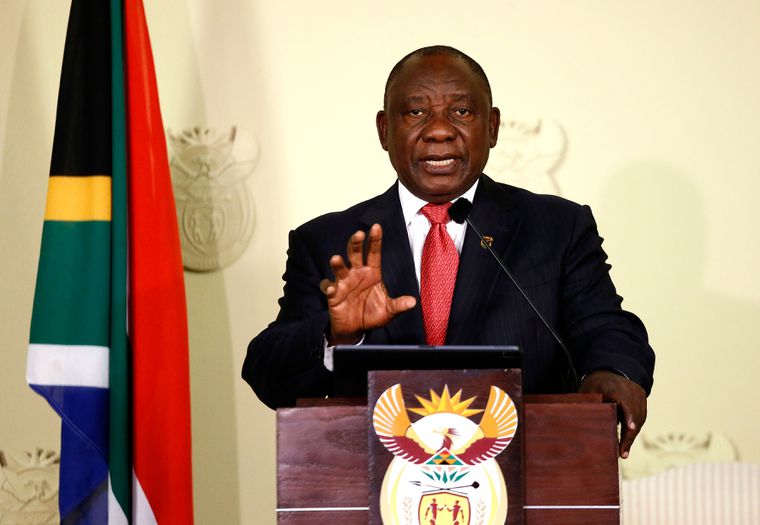 South African President Cyril Ramaphosa has announced the composition of the national executive at the Union Building on May 29, 2019, in Pretoria, South Africa.

His announcement unveiled a smaller, gender-balanced cabinet for his first full term as President, vowing to revitalize South Africa’s slumping economy after winning a reduced majority in national elections this month.

The President in a televised speech to the country last night dumped several corruption-tainted ministers from his cabinet but retained others in a compromising move that could undercut his pledge to fight graft. 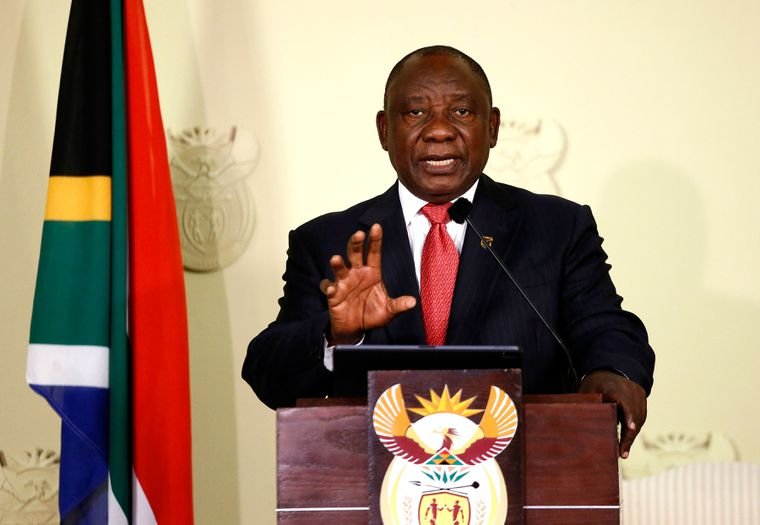 He announced that he is merging several cabinet ministries to reduce costs.

The new cabinet will have 28 ministers, down from 36 in the previous government, and it will be balanced equally between men and women for the first time in South African history, he said.

“We need a capable, efficient and ethical government, ” the president said.
“All South Africans are acutely aware of the great economic difficulties that our country is going through right now, but they are also aware of the constraints that have been placed on our public finances, ” he added.

Mr. Ramaphosa promised that every cabinet minister will be required to sign ‘performance agreements’ with him, and their performance will be ‘closely monitored’ against clear targets and specific outcomes and if their performance is unsatisfactory ‘actions would be taken.’

Mr. Ramaphosa said his action was a deliberate effort to choose younger politicians to serve in his cabinet.

“This is part of a generational transition in which we are creating a pipeline of leaders to take our country further into the future,” he said.

In May of 2004 ex-president of South Africa President Thabo Mbeki had also reshuffled his cabinet to be balanced with ethnicity, gender and political ideology.

President Mbeki had appointed a core group of ministers to deal with poverty and unemployment, carefully mixing experience with the need to balance representation along the country’s ethnic, gender and political spectrum.

Source: The Globe and Mail