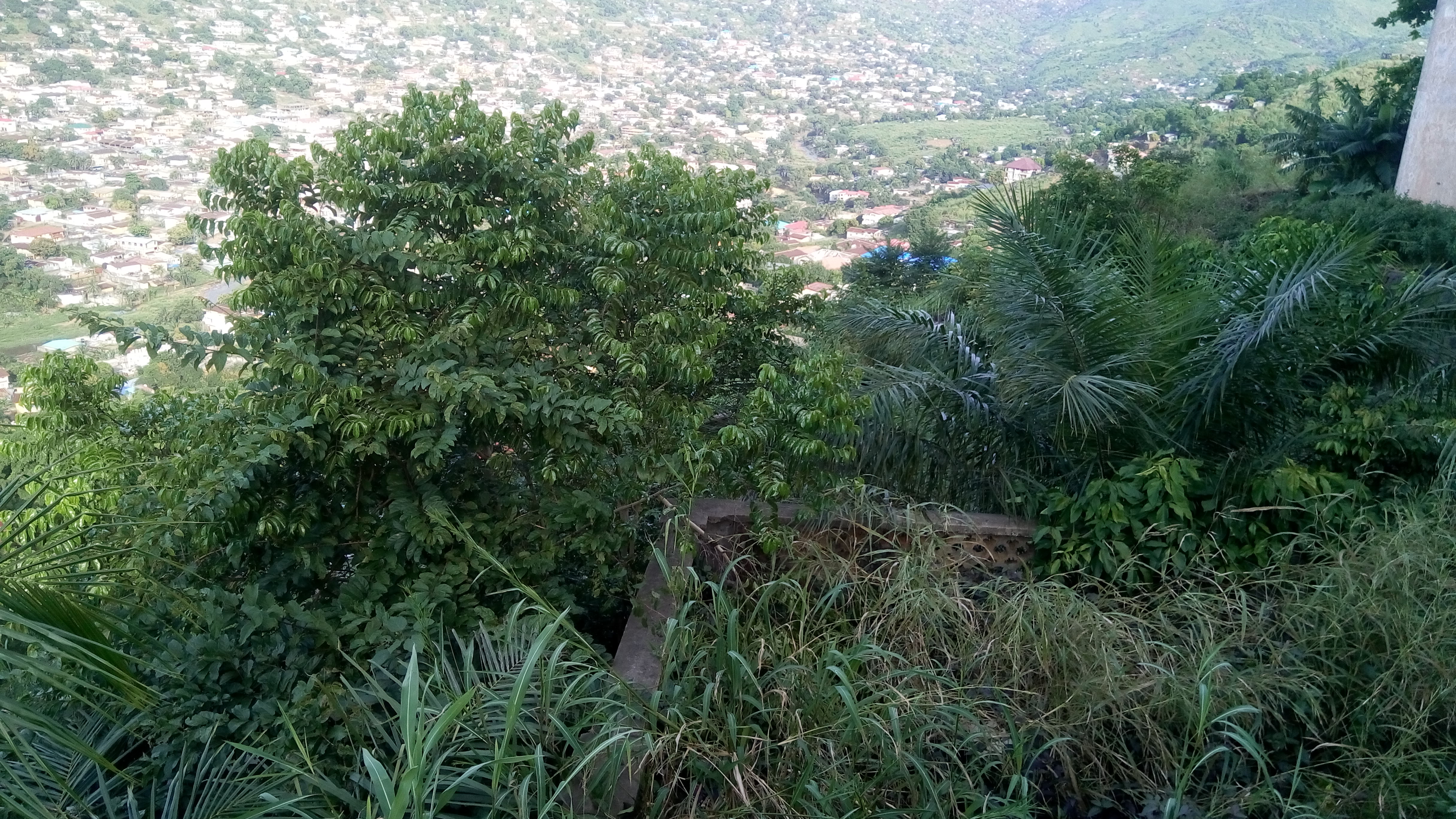 Freetown is burning. On any given day if you drive around the Western Area Peninsular you will see smoke coming from the hills. These aren’t wildfires, no. They are fires intentionally set by people who are clearing the forest to build homes.

Whether it is viewed from Leicester Peak, Regent, Tombo, or Sussex, fires are set every day to take the forest away. The green hills that we all grew up with are now brown, a lion mountains scalped for their fur.

I’m in awe of just how far up into the forest hills people are willing to go. Every time I return to Freetown more of the trees are gone. The government doesn’t seem to have any control or desire to curb the rate of forest destruction but it was this careless disregard for flora that caused a  mudslide that killed 1000 people in 2017.

Most of the new houses that replace our forests are being built without permits. They are being built in places without roads, without any connection to public works. They’re like islands in the forest, except when a house pop up, trees disappear and the houses are surrounded by wasteland until another comes to build next door. Freetown is free for all.

Last week I was in a canoe going up the river that connects Sussex to the Atlantic Ocean. I was in awe of the calmness until I looked up and all I could see was smoke. People are burning and clearing for homes up in the hills.

Maybe you’re thinking that perhaps it’s a question of a lack of space, that somehow we might have run out of land for people to build. This is not true. Sierra Leone is actually quite sparsely populated. The problem in Freetown isn’t a lack of space but wanton abandon of rule of law and a lack of love for the city and its environment. If they loved it they wouldn’t work so tirelessly to burn it down

Fifty years ago Sierra Leone was covered in 70% of the rainforest, today only 5%-6% of forest remains. This means that we have destroyed the habitat for wildlife, and destabilized the very ecosystems we need for our own survival.

In our oral traditions animals, plants, and especially the forest were all sacred beings. The forest was a place of reverence. Yes, the forest was a place to be feared but it was also a place to seek refuge, a place where our ancestors went to be with their gods. During the civil war, people fled to the nearby forests to run away from death. It was through forests that children and families traveled to safety.

Since the end of the war especially, our belief systems have been turned upside down as we seek to “modernize” and “develop”. Concrete houses replace mud huts, forests are cleared for two story homes. When we buy land to build instead of preserving what exists we cut down trees as if their very existence challenges our own. We believe that caring for the environment, protecting nature, animals, and plants “na white man biznes”.

But we live in just one world. The more we destroy our forests, and our environment the more we expose ourselves to the elements of nature that we can not control.

Global warming is real. CO2 emissions in the earth’s ozone has heat up and is heating up out planet. It isn’t a question of whether we will be affected, rather a matter of when.

Freetown especially is at risk as a coastal city, and one of the wettest on the continent. It can rain for seven days none-stop. The more we replace forests with unplanned dwellings the more environmental disasters will occur.

What needs to happen now is an awakening. Young people especially need to know that the earth will fight back, it already does. We also need to know that we have the power to force the hands of government to control the destruction of the forest and our environment. Everyone needs to plant trees in their compounds; cut one, plant three. The most important however is that forests should be protected by law and that law should be enforced. Communities need to lead the conservation effort not NGOs but the government has to lead with the policy and framework to make Sierra Leone green and keep it so.

Our ultimate goal as a nation should not just be growth, but sustainability. Sustainable development means we human development, wealth work to preserves and protects our forests, our oceans, and our environment and not against it.

Once a month the city of Freetown comes to standstill and communities clean up. This is good but it is insufficient. Beyond cleaning our garbage we should also be protecting the environment, and our forests, planting trees, ending plastic pollution, and recycling. Cleaning is not enough, what we need is conservation.

As my canoe headed up Sussex River and I cast my eyes to the burning hills of the peninsula forest I thought about my son. Olushola is just 3 years old. By the time he is sixteen, I wondered if he would meet any forest at all. Or will the forest be a story like the ones they used to tell us about the spirits in the forest?