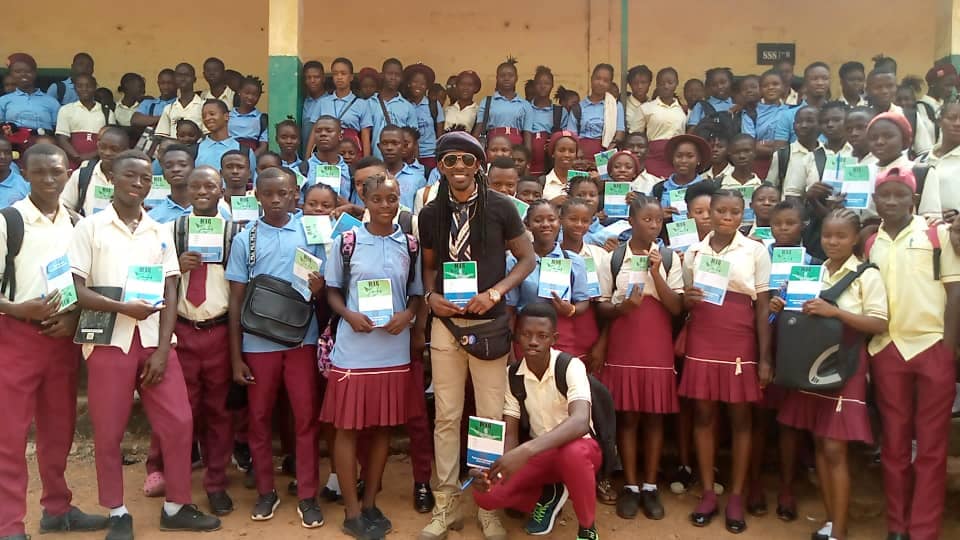 These materials will benefit more than 500 school-going pupils from low-income communities. Menace Da General, hip hop rapper, philanthropist, and founder of the Book and Foundation mission is to promote education and gives support to less privileged children in the country.

“Children are the future, if we want to see a better Sierra Leone tomorrow, then we must nurture and equip them now with the necessary tools needed to develop,” said Menace Da General who launched the foundation 10 years ago.

The 5 schools which benefited from the donation include the Wilberforce Municipal Primary School in Freetown, Rural Academy in Songo, Birch Memorial Secondary School in Makeni & Sylvanus Municipal secondary school in Makeni. Each school received exercise books made in Sierra Leone and pens.

Menace Da General has been a household name in the Sierra Leone entertainment industry. The rapper has collaborated with different artists like King Boss La, YOK 7, Suferior, and many others. He recently released an album titled “Formula”.