Country Cloth is known as the local clothing or textile of Sierra Leone.

In Salone country cloth is as culturally significant and dear as the Kente is to Ghanaians.

The process of creating this unique textile is 100% local. The cotton is first planted in a large farm. After that, it is harvested and then it is spun into thread. Once the thread is made it is then woven into strips which are later bought and sewn together to make a cloth. 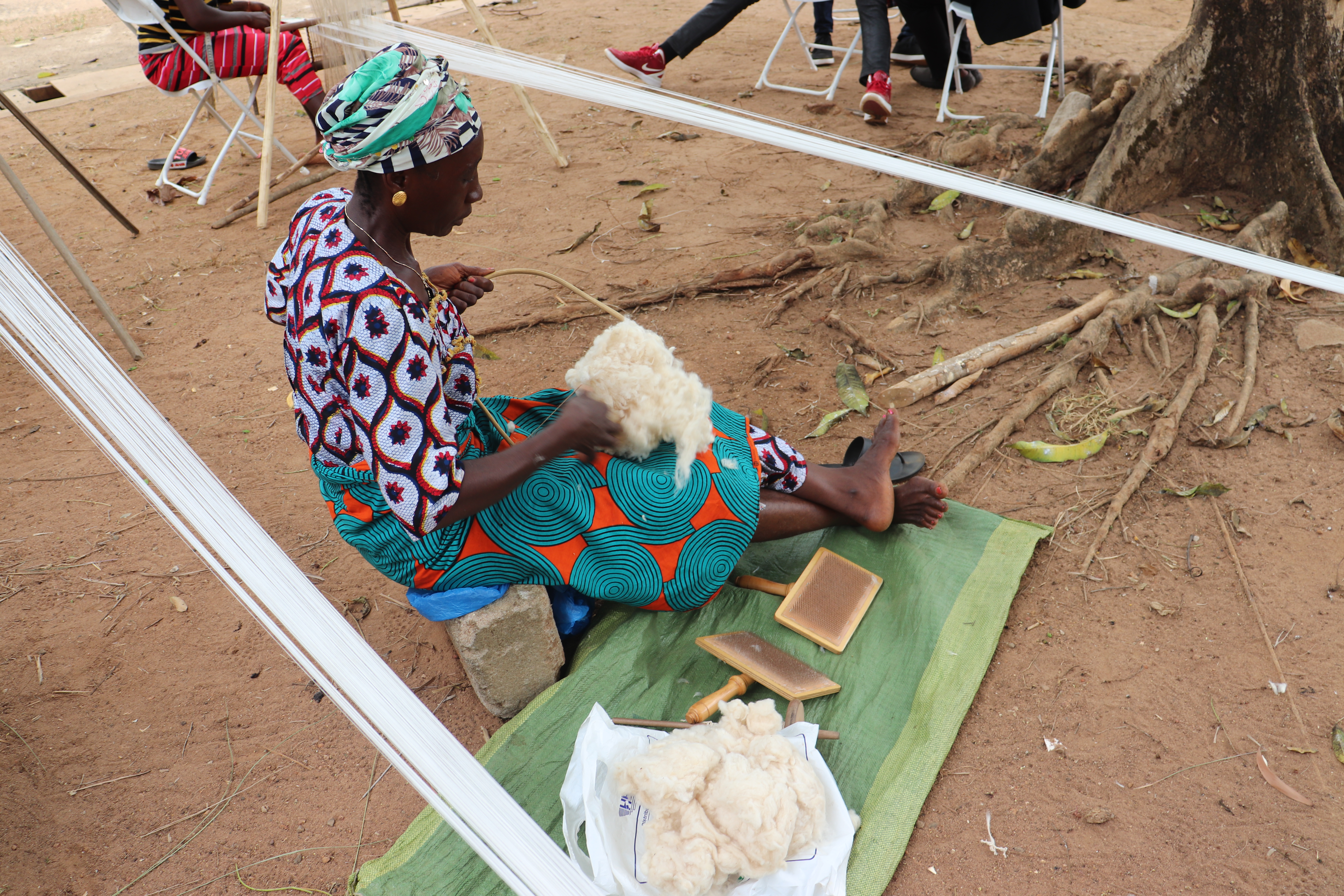 Cotton getting ready to be spun to thread

One of the young women involved in the weaving process of the country cloth is Massah Konneh who is a native from Kailahun District.

Konneh weaves strips of country cloth for a living and says she uses the money she makes from weaving to send her children to school, feed them and take care of herself.

“I’ve been in this business for quite a while now, and it sometimes takes me a day or two to weave a whole lappa.” 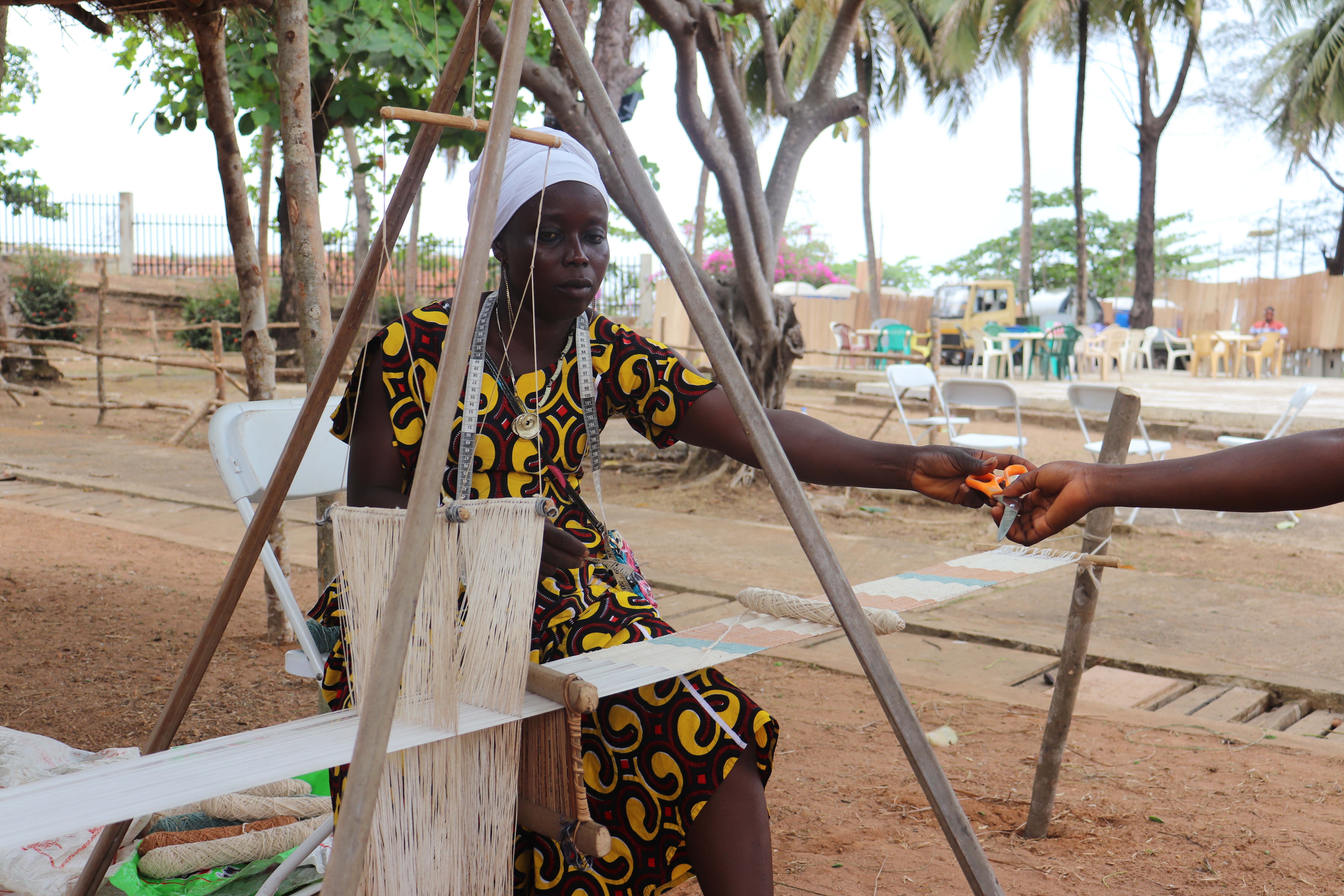 Wata Musa is another young woman in the country cloth business but unlike Konneh, she has only been in the trade for  5 – 6 months. Musa’s journey into weaving started when her family fell on hard times.

“At the time I took up the trade and started learning how to weave the threads into strips I had a lot of personal problems, My mother was sick and at the time the work I was doing involved me going into the bush which was very dangerous for a woman and the sad thing was that there was not much money involved in this risky job. So I decided to learn how to weave the thread into strips and after a while, I was able to take my mum to the hospital and solve a lot of my problems with the money I earn from selling these strips.”

Wata Musa working whilst being interviewed

Lahai Konneh is the leader of Country Cloth Org, which has 65 members across the country. He told SwitSalone that they’ve been in business for 5 years.

Konneh said the group majorly consists of 50 women and 15 men. He explained that from the time they plant the seeds to the time they harvest it can take up to one year. In the group older women in the are responsible for cultivating the cotton whilst the younger women spin the cotton to a thread and do the weaving. 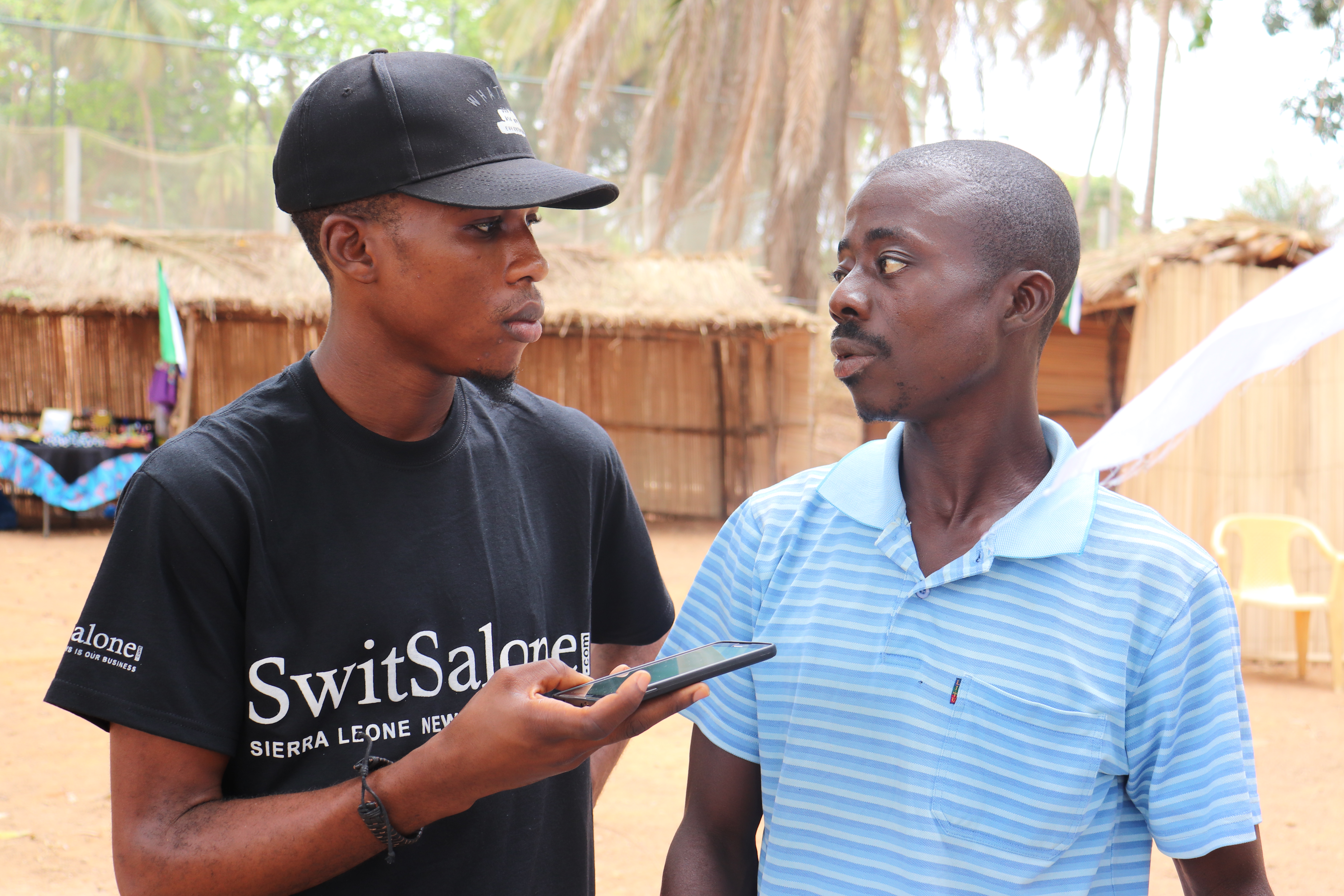 The Project Manager for CountryCloth.Org N’Fa Alie Bangura said that the main aim of the organization is to have a unified body of weavers, and revive the trade. Many people who had the skill had stopped weaving because they didn’t know that there was a market for their trade. 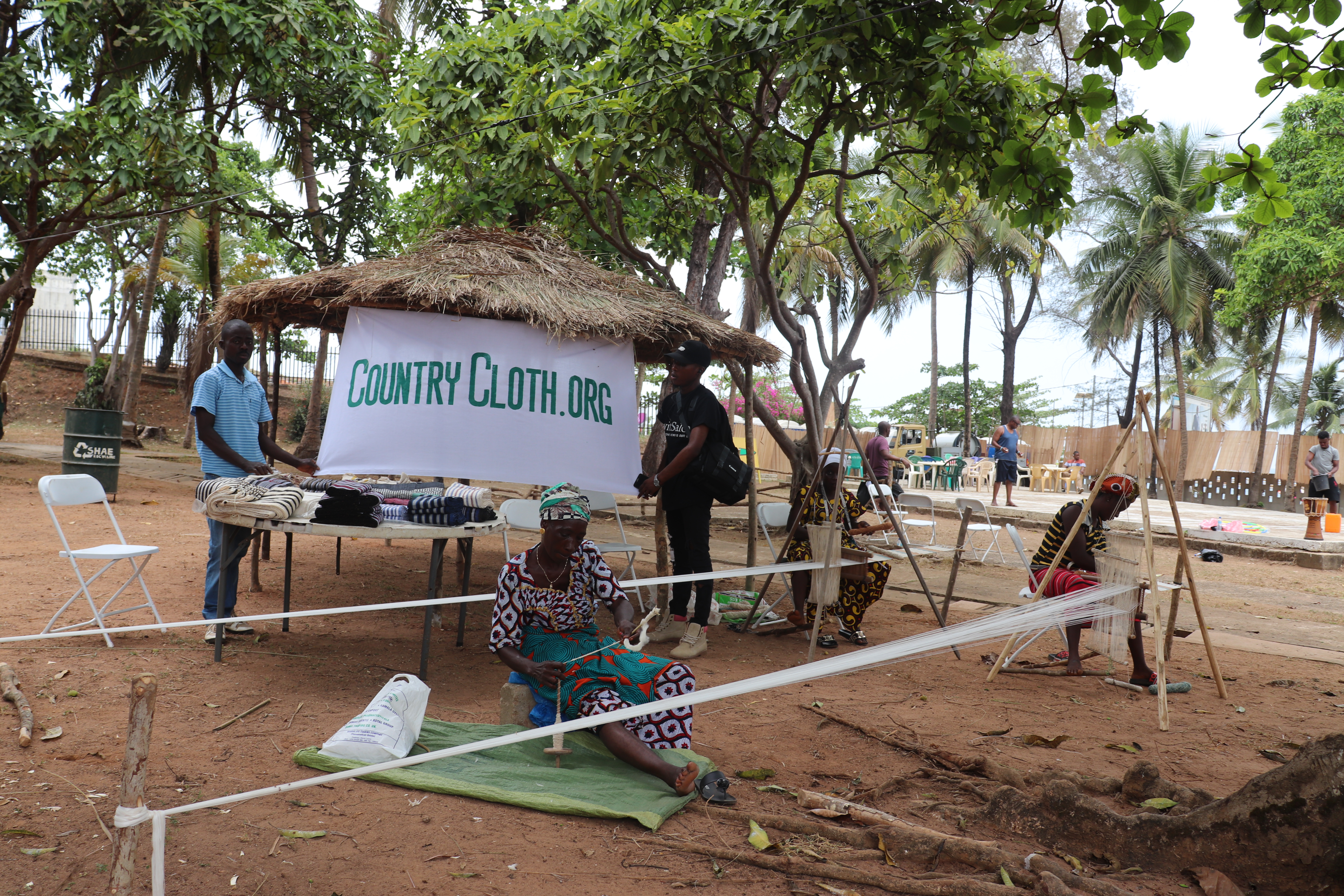 “We see that the local weavers we work with are happy and their lives are transformed for the better cause we do all their marketing at home and abroad and also tell them the worth of the work they do, because at first they didn’t know all this. We also want Sierra Leoneans to know the worth of the country cloth and also encourage them to wear something made in Sierra Leone.”

Bangura says they started this project with just two districts 4 years ago because they were trying to encourage people to come into the business. Some of the challenges the local weavers face is competition from Chinese imports. Cloth woven in China are available in the same artisans market where Salone country cloth is sold.

Despite this challenge local weavers still continue to weave the country’s cloth, keeping the tradition alive. They say that Sierra Leoneans are able to differentiate between the import and what they make, and they place a premium value on what is being done at home.

For those working with the Country Cloth Org cooperative, traditional weaving has given them a better livelihood. This is especially the case for the women like Massah Konneh, and Wata Musa.

How to send money to Sierra Leone with...

“Cryptocurrencies: What Do We Need To Know” with...

Vickie Remoe to speak at the Women in...