Orange Sierra Leone: Launches #DigitalRevolution with up to 50% OFF data tariffs 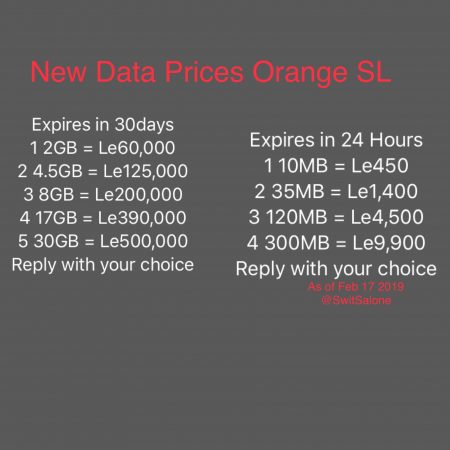 This week has been quite busy for mobile operators in Sierra Leone. While Africell launched a reality TV Show, it’s competitor reduced Orange refusing go be outshined, reduced its mobile data tariffs.

Orange Sierra Leone has launched what it’s calling a #digitalrevolution to allow Sierra Leoneans to compete digitally. Taking a position that yours truly (@VickieRemoe) tweeted about exactly a month to the day.

Glad that someone somewhere was listening when I tweeted that #pricesmustfall and called out mobile operators in Sierra Leone for some of the highest tariffs in the region. 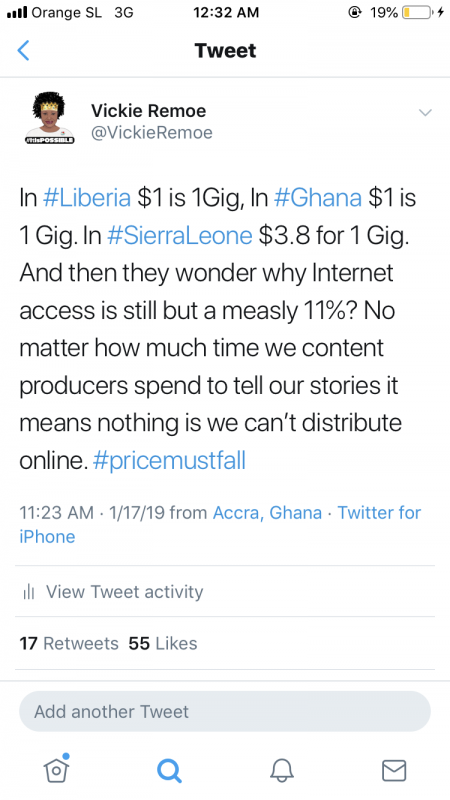 The price reduction from Orange 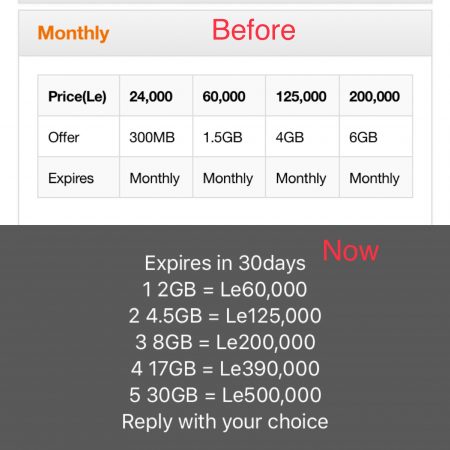 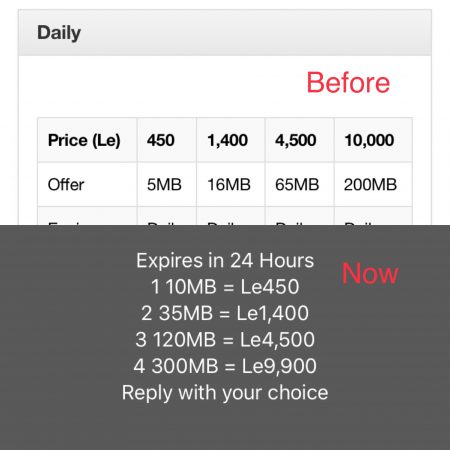 Sierra Leone cuts across daily, weekly, and monthly bundles. Those users who can only afford to spend $1.1 (10,000 SLL) and those who can afford larger bundles will experience the best deals. Orange has introduced a 17Gig, and 30 Gig Data Bundle that did not previously exist.

Sierra Leone: Internet connectivity still not quite what it should be

African Minerals in Sierra Leone says it is...