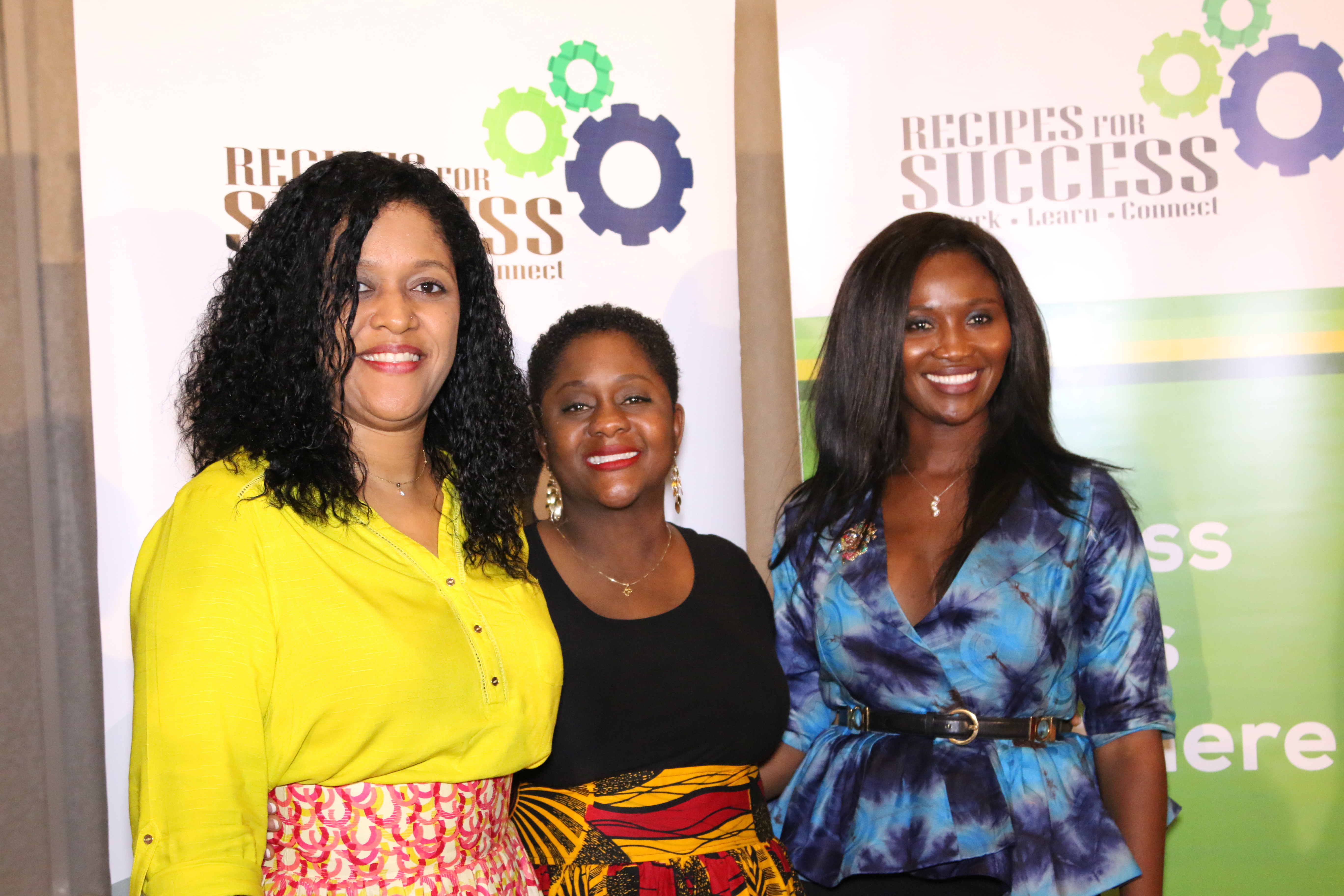 Education, hard-work, and fearlessness are what it takes to succeed no matter where you are and what you’re up against. These were the words echoed by Dr. Fatu Forna, lawyer Michala Mackay, and Marketing Executive Ms. Aminata Dumbuya when they spoke at the forth edition of Swit Salone’s Recipes for Success in partnership with GoWoman Magazine at the Radisson Blu Mammy Yoko Hotel on 25 March 2017.

Ms. Michala Mackay, who is the CEO of Corporate Affairs Commission, said she qualified as a lawyer some fifteen years ago, after returning to Sierra Leone from England to “look after my mother who was very sick at the time”. On her return, she worked at Celtel before taking up her current job at Cooperate Affairs Commission.  She also revealed that one of the things that have always made her stand out from the crowd was her ultimate confidence and belief in herself.

“…I always say my mind in any situation; and I don’t fear anyone”.

She encouraged women of all works of life to always see each other as a source of strength and to always be reaching out to other less privileged women in need of help. She emphasized on the need for women to learn to speak up and always give a helping hand to other women. Among other things, she credited her success to education, hard work and self-confidence, saying these are the main ingredients in her recipes for success.

Ms Aminata Dumbuya, who is the CEO for Power for All Campaign, said she decided to come back home after the war to “help contribute to the country’s social, psychological and infrastructural development in my own small way”. On returning home she worked at Standard Chartered Bank and at Sierratel for a few years before setting up her own company. Ms Dumbuya said because she is not afraid to fail, she doesn’t fear anything.

“I give everything my best shot. If I fail, I learn the lessons and try again but I am not afraid to fail.  I only fear God and fear is not an option if you want to succeed in Sierra Leone as a woman.”

Dr. Fatu Forna finished medical school fifteen years ago, she works with the World Health Organization and is also a Fellow at the Centre for Disease and Control.  Together with her husband, she started the Mama Pikin Foundation in the provinces to “help women and their babies get basic medical assistance, which was badly lacking in those areas at the time”.  She credited family support, education and a liberal mind as her advantage over fear in life.

“Women should see each other as a source of strength and not of competition. Let us not be shy to ask for genuine help from other women when we are in need of anything.”

As she concluded her presentation Dr. Forna had this to say: “Education, hard work and self confidence are the key things that have helped me climbed the ladder of success as such, I encourage every woman and girl out there to embrace those three qualities if they want to make it in a society like ours.”

Vickie Remoe, Managing Director, Vickie Remoe and company, thanked the speakers for taking time to speak at the event and the audience.

Recipes for Success is an event designed for business owners, professionals and young entrepreneurs to network, connect and learn from the experience of the speaker(s) who have succeeded in their respective careers.

The next Recipes for Success will take place in June 2017. The keynote and date will be announced later. For any inquiries re RFS please email: [email protected]