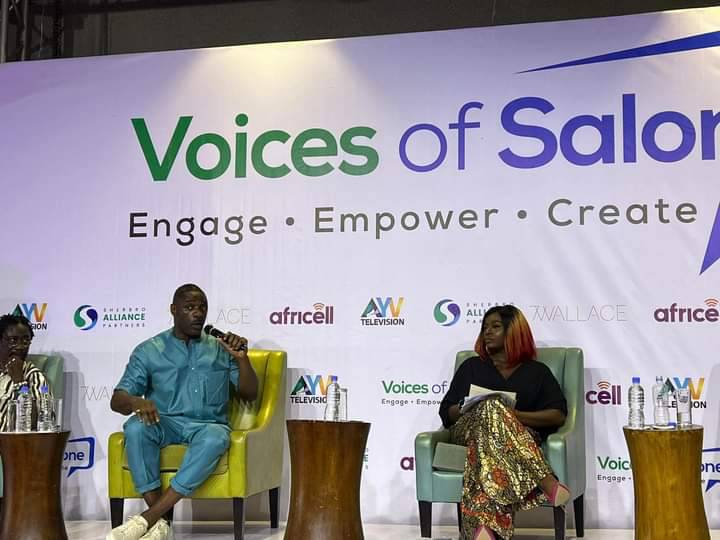 Idris Elba was in Sierra Leone this week. He spoke at the Voices of Salone performing arts and entertainment event hosted by AYV.

The event was a dialogue that is aimed at empowering, engaging, and, creating platforms for Sierra Leoneans in the entertainment, fashion, tourism, and education sectors.

The Hollywood actor said in his statement that he is in Sierra Leone to engage, empower and create by using a platform called Voices Of Salone. He further said the idea to set up setting this up is to expand Sierra Leone’s entertainment and make sure the country is recognized in the world.

Elba who was recently named as Brand Ambassador for Sierra Leone Tourism promised that from the year 2025, any movie he will be making will be in Africa, especially in Sierra Leone and Ghana.

Below are images from the event.