Check out the album Radio Africa from Freshly Ground 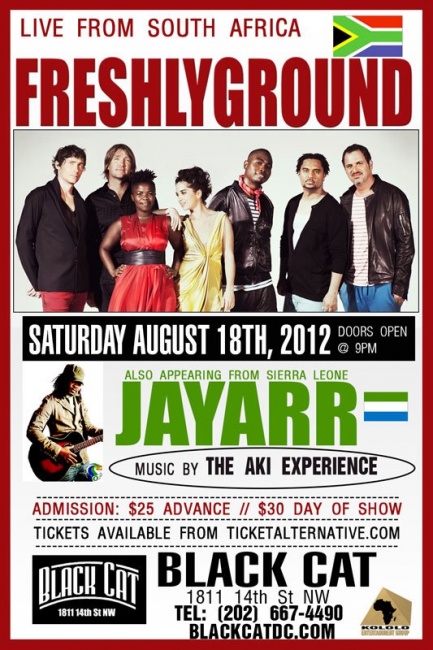 I first heard of the South African band Freshly Ground with the release of their 2008 LP Ma’Cheri. The video for the single “Potbelly” got frequent airplay on MTV BAse and Channel O. Since then I have been a huge fan of their ska meet soul instrumentals.

You might remember Freshly Ground from Shakira’s rendition of “Waka Waka” during the 2010 World Cup.

This summer the five guys and two ladies will be performing in the Washington D.C. as part of their international tour for the album Radio Africa. On August 18th Freshly Ground will be performing at the Black Cat in DC along with Sierra Leonean reggae crooner JayArr.

To get your tickets check out: www.ticketalternative.com

Sierra Leone’s Zainab Sheriff is this year’s Most...