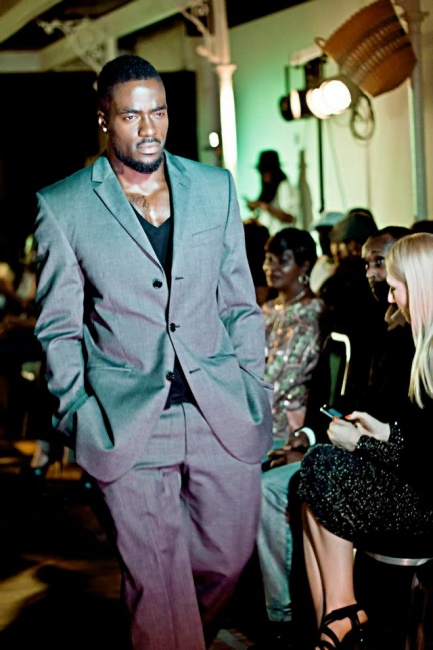 If you have ever lived in Sierra Leone then you must know that the dating scene or as we say the man en uman biznes tends to favor men over women. At least so I thought all these years, never once did I consider that a Salone man would be frustrated by the ease with which they can couple and uncouple.

Yesterday a young man living in Salone reached out to say that he was frustrated with the lack of eligible women his age with whom he could consider building a partnership and later starting a family. What he revealed to me suggests that for those men who don’t or no longer want to play the field and are serious about settling down that finding a mate is perhaps just as difficult as it is for the women.

The young professional says that most of the women he meets and tries to date move too fast; they want to jump in his bed and his bank account overnight.

” I was trying to talk to someone we nor go non saine e don ask for ose rent, bo me na bank? Wan other pikin as we begin talk so, e wan cam sleep to me. Like seriously?? Na so nor mor ar for make posin sleep over? I just met u. Turns out 1 of e ex dem na me mama e close friend. That was it.

Never in my wildest dreams would I have thought finding a partner would be this hard. I am totally frustrated.D wan wae beat me time the other day, na some cute pikin wae ar ask for cam fen me so we can watch a movie n grab a bite. Outrightly, d pikin ask me for keep Le 2million for am. Ar sweh to me unborn child. It is that bad.

These women need to get into that ‘A man is not a financial plan’ thinking. And then there are those women who can’t write english for shit. That is such a turn off for me. Yes I can write in krio. But nor to all tem now. Worse yet, are those that cannot have a conversation. All they ever say is ‘Pam’, ‘Woyoooooo’, ‘E go tae’. Nonsense whatsapp babble. What the hell is ‘Pam’? I think ‘Pam’ is WhatsApp speak for ‘Spot on’. ‘You have hit the nail on the head’.”

After our frustrated Salone man finished his rant about the lack of quality women he then sent me his list of what he is looking for in a potential partner.

“1. She must be smart. I am a sapiosexual. I’m sorry but I don’t mess with dumb people.

2. I want a woman that’s independent. Being independent means she’s confident. Yes, I like to be the centre of my woman’s world/attention but I don’t need me a clingy woman nor do I want a woman that is going to depend on me financially or see it as my duty to provide for her financially. we both work. we both make money. we will tackle financial commitments together. I don’t buy into “man in money na for e uman n d uman e money na for insef’. Nonsense! I also love my space and very much value my independence, so I need a woman who does not freak out and think the world is coming to an end when I need a little bit of space.

3. She must definitely know God and have a relationship with Him. I don’t get bugged down by religion. As long as she knows God, I am good.
4. Respect. Mutual respect. I don’t yell at my women. They are not kids. We are both adults. If we have an issue, I expect us to be able to sit down and talk things over. I certainly don’t lay a finger on my women. no Way. I also do not believe in embarrassing your partner in public. I don’t curse in my relationships so I struggle to deal with people who curse.
5. I need me a woman that’s supportive. very supportive. I expect us to be a team. Funny, but I know couples who act like they are enemies and rivals. Yes, a bit of competition is good but only as a source of motivation.
6. My woman must love and embrace my family. This is HUGE for me. I was her only child for a very long time. I am ‘the boy pikin’ of my family. I have 11 female cousins. Of my siblings, I am relatively the most succesful. My family is very protective of me. My woman should be able to see my family as her family. My ex was on that ‘them against me’ flow. I will never choose my family over my woman but equally I will never choose my woman over my family. We are meant to be a family.
7. Finally, I want me a woman that is passionate about Sierra Leone and our people and who shares my passion/desire of wanting to positively impact the lives of ordinary sierra leoneans. I have dreams and aspirations. professional and political. SL is home. I am not moving. Might do a stint abroad for a few years, but that’s that. I plan to grow old here and raise my family here.
Hopefully, I haven’t ruled out every woman on planet earth”

When I read these wants I felt none of them were unreasonable and that any serious man or woman probably wants the same in a partner. I honestly do not know why these qualities are so locally scarce in our young women. If you are a young man or woman looking to settle down in Sierra Leone I want to hear from you. Are you frustrated too?

Our frustrated Salone man whose identity we can not share is 30 years old, has a Masters degree, and practices law in Sierra Leone where he was educated. He is not a diaspora returnee. He is just a young Salone man frustrated about not having found a partner.

*Photo – Adonis O’holi who is a male model and not the man who wrote this post. Using his photo to give you some eye candy.*