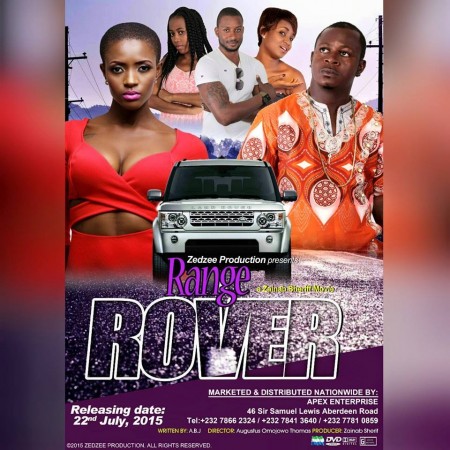 Range Rover which will be released on July 22 is about a green-eyed small town girl whose major life goals are getting a Range Rover and Brazilian hair. Standing in the way of her dreams however is a lowly down on his luck boyfriend (Succulent) who can’t seem to make his woman’s dreams come true no matter how hard he tries.

The film is produced by Sheriff’s own production company, ZedZee Multimedia Consult.

Watch the trailer below.

Mohamed Kallon is the first Sierra Leonean to...