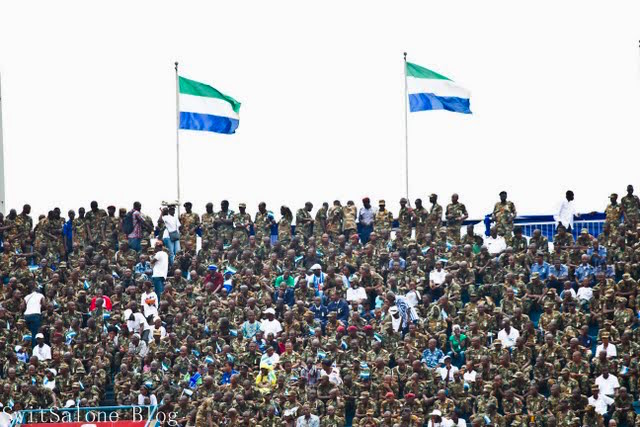 If you are a soldier in the Sierra Leone army you are not allowed to discuss politics nor leave the barracks except on duty, according to a state made by Maj. General Samuel Williams this week.

“Politics is not for a soldier,” Major General Samuel Omar Williams told more than 2,000 troops gathered at a military barracks in Freetown.

The army hopes that keeping soldiers in the barracks and banning political discourse will ensure soldiers non-involvement in any action against the government while everyone attempts to figure out which way now with the constitution.