This is the government approved biography of Sierra Leone’s Vice President Samuel Sam Sumana as provided by the official State website. You need to read it because the APC Party is calling into question some of the facts presented herein. Why did it take the party 7 years to verify the details of Sam Sumana’s credentials? 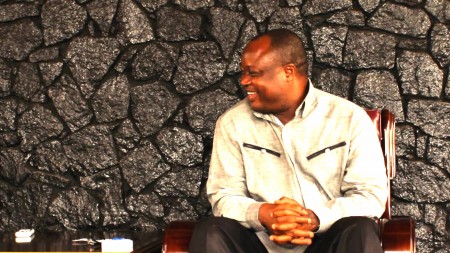 Hon. Chief Samuel Sam-Sumana is a native of Kono District in the Eastern Province of the Republic of Sierra Leone, West Africa. He is the fourth son of the late Chief Samuel Sam-Sumana and Haja Sia Hawa Sam-Sumana. He was born on the 17th of April 1962 in Koidu Town, Kono District. His wife is Mrs. Khadija Sam-Sumana. Vice President Sam-Sumana attended the Jaiama Secondary School in Kono and the Ahmadiya Secondary School in Freetown. He holds a Bachelor of Science (BSC) degree in Management Information System from the Metropolitan State University, Minnesota, USA. He also holds two Diplomas (Diamond Rough Grading, Sorting and Polishing) from the America Institution of Diamond Cutting and Polishing, Deerfield Beach, Florida, USA, and a Diploma (Computer Network Support Specialist) from Knoll wood Computer and Business School, St Louis Park, Minnesota, USA.

While in the USA, he worked for Prudential Financial Group as the System Officer. He provided the strategic management and operational oversight for the Group, providing training and counselling to subordinate staff. At Allina Health Services, he ran the Network Support System. He provided the same service to Seagate Technologies in the United States of America.

Until his appoint as Vice President, Hon. Sam-Sumana was the Chief Executive Officer of Aries Rehabilitation Construction and Supplies (ARCS) SL Ltd. As Chief Executive Officer, Hon. Sam-Sumana has shown his Leadership and Management skills when dealing with people in his employ. He is a motivator and a good listener who seeks solutions to Company problems using innovative methods developed while serving as Vice Chairman Kono-Union Chapter, Minnesota in the United States of America.

At the height of the civil war in Sierra Leone, Sam-Sumana was agonized over the near total collapse of the infrastructure of Kono District. In his position as Vice Chairman, Kono-Union Chapter USA, he paid frequent visits to the district and forged a good working relationship with the chiefdom authorities in Kono and Kenema District. He pioneered the construction and repairs of roads in Kono and Kenema districts using funds raised through advocacy and his own personal funds for the betterment of the then inaccessible areas of the Eastern region of the Republic of Sierra Leone.

Earlier, Hon. Sam- Sumana served as Managing Director of the United Diamond Mining Company,Koidu Town, Kono District, Sierra Leone. With his expertise in the field of diamond mining, he used to introduce environmental friendly and just mining methods in the field bringing development to the people where his company operated. He also served as the Regional Manager for C-12 International, a Huston, Texas based company engaged in diamond buying in Sierra Leone, Guinea and Liberia.

His native ingrained knowledge of the diamond industry made him an asset to the company where he oversaw training, recruitment, planning and marketing. He provided advice to the company on the socio-political condition in Sierra Leone, Guinea and Liberia.

Hon. Sam-Sumana is a member of the “Five-Man Committee” of the All People’s Congress Party a party with which he has had a life-long association imbibing the populist character of the Party; a key ingredient in his personal make-up. He has contributed reasonably to the APC in the Kono District and beyond with the aim of strengthening the party in the District. The Vice President is a Substantial Contributor to the Kono District Scholarship Board, which underscores his commitment to the betterment of the district in particular and the Republic of Sierra Leone in general.

10 things you need to know about Idris...

‘Diamonds on the Soles of her Shoes’…more informative...

New Music Video: watch “For You Normoh” by...