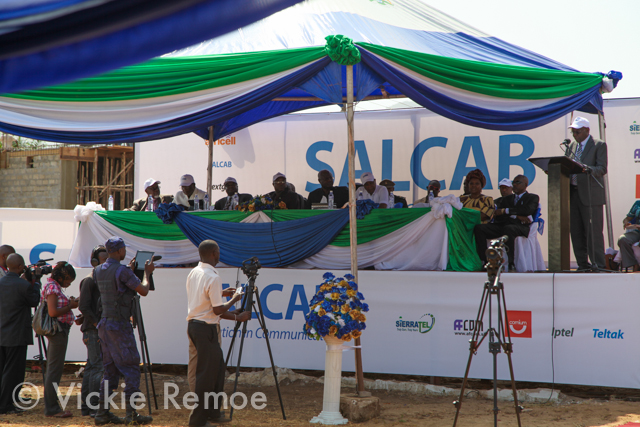 Three telecommunications companies in Sierra Leone have threatened to sue the government over the cancellation of the original ACE underground cable arrangement. In a joint statement Afcom, Africell, and Limeline claim that upon assuming office, the current minister of Information Alpha Kanu, ‘informed service providers that they were no longer shareholders in SALCAB, removed them from SALCAB’s board and took over a bank account containing about USD700,000 of service provider funds.’

The joint statement also said: “The managing director of SALCAB has sent out demands for payment to each operator of USD31,000 per month for each STM-1. Under the signed agreements, each operator owns 5xSTM-1 and with a planned upgrade next year which will increase it to nearly 10xSTM-1 … clearly, the operators have no way of absorbing these exorbitant increases and the only result is that the internet would be more expensive for the people of Sierra Leone.”

“The initial agreements reportedly called for the operators to appoint members of SALCAB’s board of directors, who would take over the responsibility of managing the ACE landing station in Sierra Leone, including the payment of USD1 million for operational costs between January and July 2013.” The new minister has put an end to all of this.

The Deputy Minister of information in his response says that the agreement was cancelled to make SALCAB into a profit making entity. He further stated that contrary to claims that none of the other providers have paid the access fees that only Afcom, Africell, and Limeline have not met their dues.

If the appointment of a new minister means the dissolution of arrangements with investors, would that not be a deterrent to others who are looking to do business in Sierra Leone?

The Government launched SALCAB last year in February. It was supposed to have increased data speeds. Almost a year gone and no one has reported any difference in the state of the internet. Sierra Leone is still yet to meet international standards on call gateway liberalization.

In short, internet penetration in Sierra Leone is still just about 1%, and it is still very expensive.