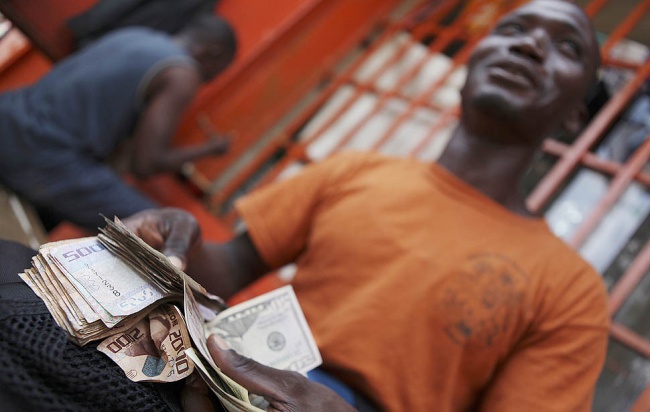 The Central Bank of Sierra Leone is trying to tackle the ‘dollarization’ of the country’s economy. The Bank wants to limit the usage of foreign currencies especially the US Dollar, which is used in parallel to the Leones by well off individuals, and businesses. By limiting the use of the Dollar, the Bank hopes to strengthen the Leone, Sierra Leone’s local currency. Though many believe this to be a new banking regulation, it is actually one I am told is as old as the Central Bank itself if not older.

In addition to boosting the Leone, the Bank also hopes this regulation will address bank fraud, and deter corrupt financial activities. The law also aims to support the formal business sector by allowing local foreign currency bank wire transfers. Consumers can make payments to registered businesses via electronic transfers. Foreign account holders are allowed to withdraw foreign currencies for business or travel outside of Sierra Leone—with proper documentation. According to a news report, the fine for breaking this law is 3 million Leones (approximately $700) and repeat offenders will be jailed for six months. I was also told that consumers are encouraged to report business owners that refuse the Leones as tender of payment.

Most people found out about the new policy only when they visited the bank to withdraw money. Others found out when one news report was published on the internet. The Central Bank’s communication strategy has been disappointing. As of yet, there is no press release on its website and consumer education on the law is very limited.

Though the regulation is not new, the Bank had not enforced the foreign currency banking regulation for three decades at least. One could argue that the US Dollar has been the most respected, and most sought after currency in Sierra Leone since the end of the war. Rent owners especially, list and often times demand payment in dollars.

Right across from the Central Bank is the headquarters of the “Dollar Boys” young men who earn their living trading dollars and other currencies in the black market. They line up right in front of the Ministry of Foreign Affairs facing the bank, holding wads of cash asking would be customers for “change”. Freetown is perhaps one of the few places in West Africa where the currency black market works in tandem with formal banks.

The skeptics say enforcement of the revived regulation will be short-lived, and that as with most laws, certain individuals will receive preferential treatment from the commercial banks when they need to withdraw dollars. One person told me that if you have a good relationship with the bank, all you have to do is call the bank manager, and you’ll have dollars. It would be interesting to learn more about the Central Bank’s enforcement strategy and remedial plans for banks that violate the law.

Although I view this regulation as a positive action to improve the economy, there are actors in the system that may take advantage of the dollar shortage to make more money. The black market will become even more active as they will provide favorable selling and buying rates than the banks, hotels, or stores. The policy could actually backfire and just keep more dollars out of the formal financial system.

From the little information I retained in my economics lectures, in order for an economy to be effective there must be one predominate currency (the local currency). In this instance, the Central Bank’s monetary policy will receive the appropriate outcome keeping in mind the basic rules of supply and demand. In a sound economy, a decrease in the supply of money will result in an increase demand for money. Currently, foreign currencies, the dollar in particular, dominate the use of local currency (Leones). Therefore, it has contributed to the Central Bank’s inability to influence significant economy changes via monetary policies.

As evident, the decrease in the Leones money supply combined with low demand played a role in the country’s current high interest rates, and low investment spending and income. It appears that the Central Bank is pursuing an expansionary monetary policy. By decreasing the use of foreign currencies, the Central Bank may decide to increase the Leones money supply if the desired outcomes are achieved. Increasing the supply of the local currency should result in an increase of the GDP and decrease of the interest rates. Also, the low interest rates should stimulate investment spending, and eventually increase income.

In closing, I understand the fear people have about the enforcement of the law, one of the people I spoke with noted security issues and wanting to have easy access to dollars. I also see a logical reason why the Central Bank did not provide advance warning on the enforcement date, because it would have crashed the banking system. I can almost bet every foreign account owner would have gone to the bank and withdraw all of their money in the desired foreign currency. Our culture is already cash dominated and people will not have any fear keeping their money under the mattress or safety deposit box.