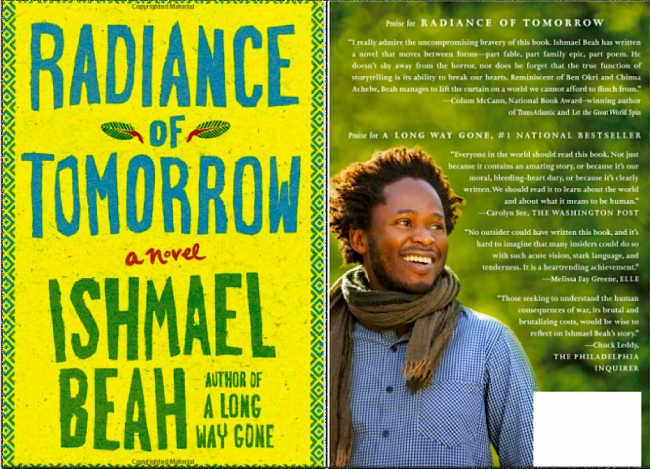 Since we last met Beah in 2007, he has toured the world as a UNICEF Ambassador, bringing attention to the plight of children in war. Beah has also married girlfriend Pricillia Kounkou Hoveyda. He lives in New York. 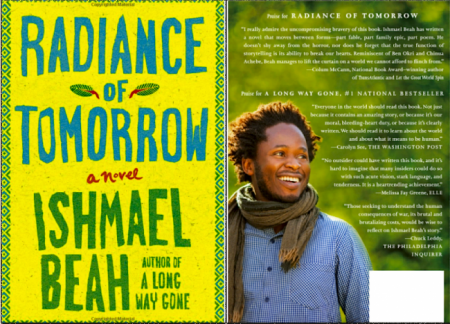 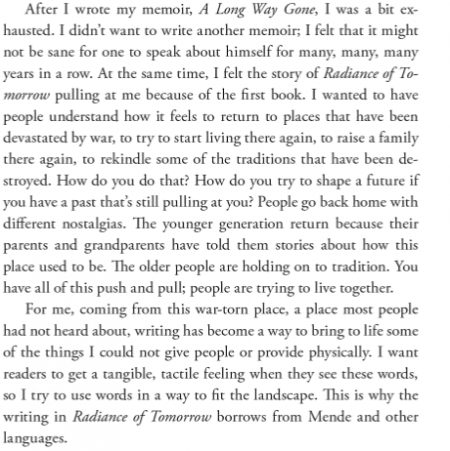 When Ishmael Beah’s A Long Way Gone was published in 2007, it soared to the top of bestseller lists, becoming an instant classic: a harrowing account of Sierra Leone’s civil war and the fate of child soldiers that “everyone in the world should read” (The Washington Post). Now Beah, whom Dave Eggers has called “arguably the most read African writer in contemporary literature,” has returned with his first novel, an affecting, tender parable about postwar life in Sierra Leone.
At the center of Radiance of Tomorrow are Benjamin and Bockarie, two longtime friends who return to their hometown, Imperi, after the civil war. The village is in ruins, the ground covered in bones. As more villagers begin to come back, Benjamin and Bockarie try to forge a new community by taking up their former posts as teachers, but they’re beset by obstacles: a scarcity of food; a rash of murders, thievery, rape, and retaliation; and the depredations of a foreign mining company intent on sullying the town’s water supply and blocking its paths with electric wires. As Benjamin and Bockarie search for a way to restore order, they’re forced to reckon with the uncertainty of their past and future alike.
With the gentle lyricism of a dream and the moral clarity of a fable, Radiance of Tomorrow is a powerful novel about preserving what means the most to us, even in uncertain times.