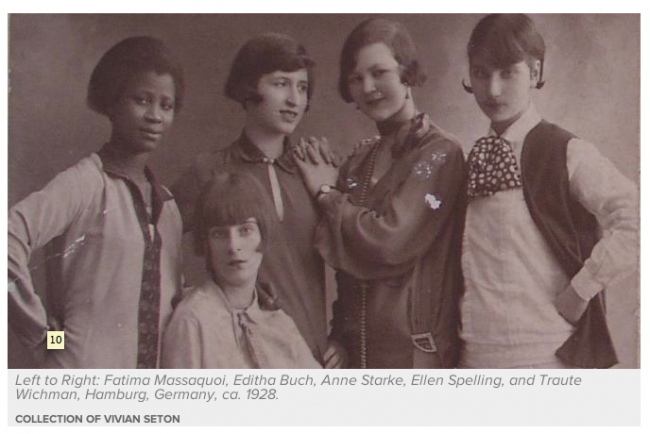 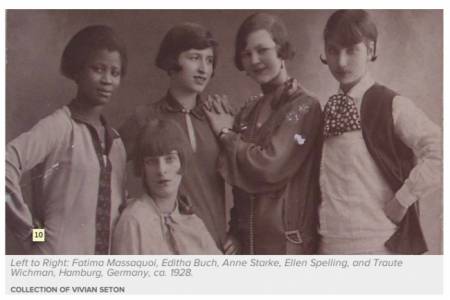 MacMillan has just published what could arguably be the first autobiography penned by an African woman. Fatima Massaquoi was a Mende princess born in 1905 to the King of Gallinas in what is now Pujehun District in Southern Sierra Leone. Her story which was written in the Liberian Vai was discovered by  historian Konrad Tuchscherer, a professor at St. Johns University in New York. Tushcherer found the microfilm of the autobiography, contacted Massaquoi’s daughter and together they worked to get the book published.

The hard cover says this; “This critical edition of Princess Fatima Massaquoi’s memoirs begins with her birth in southern Sierra Leone, continues through her childhood in Liberia, moves on to Hamburg, Germany, where she lived and experienced the rise of the Nazi movement, and ends with her life in the United States.”

In the 252-page volume, Massaqoui attends boarding school, plays violin for royalty and presidents and even finds herself at Nazi rallies. (During this time, she writes that one classmate reassured her: “We are not against Negroes or our friendships towards them as such. How could we when we are striving to have our colonies back?”)

In Hamburg, Germany, her family hosted Marcus Garvey and his lieutenants while they attempted to secure visas for Liberia. She recalls entertaining him with her poetry.

“She speaks for herself, and gives a voice to African women and to the incredible experiences she’s had. It defies some accepted ways of thinking,” says Tuchscherer.

At Fisk, Massaqoui assisted Lorenzo Turner with his famous research on African linguistic retentions among the Gullah of South Carolina and Georgia. Later, with the help of the great African-American tenor Roland Hayes, she pursued a Ph.D. at Boston University.

In doing so, this “African princess” developed a unique point of view on the black experience in America.

In her final chapter, Massaquoi, writing in 1946, reflects on her experience in the United States:

“This vast country has everything good and evil. It has sympathetic men and women, who can be as selfish as they can be kind. There is, in the words of Goethe, ‘much light,’ but also ‘much shade.’ But in spite of all this, freedom here is incomparable; no wonder then that the Negro can be lynched, and yet a Negro can stand and sing ‘My Country ’Tis of Thee.’ There is very much to learn from the United States, if we can scratch the varnish off the surface and take the woodwork that is solid and not rotten.”