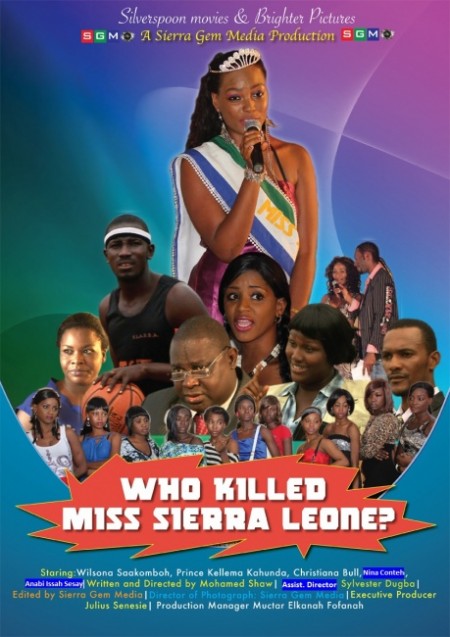 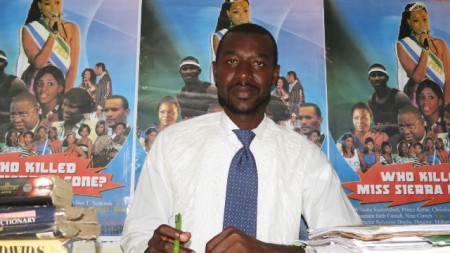 After years of speculation Silver Spoon Movies has announced that it will release the film “Who Killed Miss Sierra Leone?” this August.  The story is based on the life of Annie-Maude Cole who was crowned Miss Sierra Leone in 2001 and died mysteriously afterwards.

The film’s writer and producer Mohamed Shaw says he has spent years gathering pieces of the story, but it was only after he was admitted to the Fourah Bay College that he wrote the script.

Shaw says his film focuses on a truly Sierra Leonean production. Unlike  the recent wave of films made in Sierra Leone with Nollywood actors, “Who Killed Miss Sierra Leone?” has an all local cast.

Since shooting began the public’s anticipation as grown. Everyone still wants to know what happened to the beauty queen.

“Indeed, when you watch the movie you would at least see part of her story, if not all”, says Shaw.

There’s lots of suspense, from Annie-Maude’s life to that of other women that have taken competing in beauty pageants as profession.”

At the same time Shaw says he wants the public to know that while the movie is inspired by a real event, the actual story is fiction, something out of his own imagination. What he wants people to take from the film are the morals of the story. In addition to this the film has performances, fashion, and entertainment.

One of the actors in the movie, Prince Kellema Kahunda said it was a unique opportunity to be part of the project.

“I remember when I first heard about the audition for the movie, I thought it wise to go even though I am already an established actor. I went through the audition successfully, and I was fortunate to be selected for the lead.”

“I had a tough time playing my role because the story was different from any other story I have acted before. Even though it’s a real life story, there was nowhere I could get a reference during my character research”.

Kahunda said he also had to take up basketball after a decade long hiatus. He hopes to see the film nominated for the prestigious African Movie Academy Awards next year.

“Who Killed Miss Sierra Leone?” will first be released in Bo, Kenema and Makeni on the 16th August and then later in Freetown three days later.

The country’s most beautiful Amanda Cummings dies mysteriously a few months after she’s given the crown. Her boyfriend becomes the prime suspect, simply before they had a row before her death. As the investigation unfolds, the suspect list gets longer and now includes names such as Armanda’s friend, the First Runner-up and the Defense Minister. All these suspects are interrogated in the police station for the murder of Amanda. All of them seem to be linked with the murder, who among these might be the culprit? Is it the boyfriend, the Friend, the First Runner-up or the Minister of Defense?

Find out in this thrilling and spectacular story.