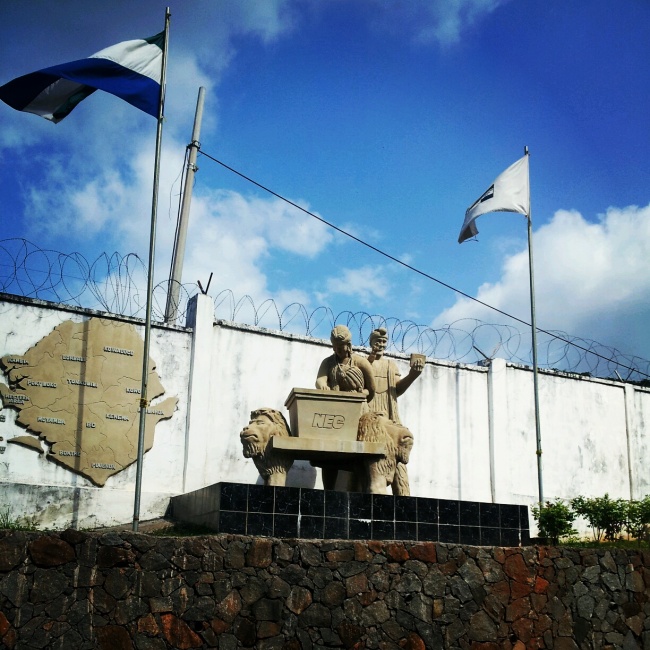 Following weeks of investigations in an alleged complex fraud involving several institutions, Anti Corruption Commission under the provisions of the Anti-Corruption Act of 2008 on July 3rd announced the indictment of 17 persons in the high court of Sierra Leone.

Of these 17 accused persons nine are officials of the National Revenue Authority, six  are employees of ECOBANK, one a delivery clerk of the National Shipping Company and another a clearing and forwarding agent.  The listed offences include but  are not limited to misappropriation of public revenue, fraudulent reduction of custom charges, corrupt transaction with agents, accepting an advantage, being in control of pecuniary resources disproportionate of official emolument all contrary to provisions of the Anti-Corruption Act of 2008.

Delivering the indictment at the Anti-Corruption Commission headquarters in Freetown, the Commissioner Joseph Fitzgerald Kamara said with an alleged misappropriation of a total amount to a tune of 700 million leones, their evidence clearly indicates that employees of the ECOBANK were working in tandem with employees of the National Revenue Authority to defraud the state.

“We have evidence before us where Custom Officers who earn only a meager sum of 600,000 leones as basic salary are depositing in their account an average of 20 million leones per month”, he said.

Joseph Kamara went on to state that the government is overly dependent on revenues from the National Revenue Authority, but their investigation has revealed that the Customs Department of NRA to be one of the most corrupt. According to the ACC boss, most of the officers at NRA serve as a front for clearing and forwarding agencies where they have been in a position of unexplained wealth thus depriving the nation of it revenue.

“This is becoming worrisome, say in the case of Solomon Hindolo Katta a Customs Officer who owns a private clearing company and his wife Catherine Katta who is an employer of the ECOBANK colluding with others to divert government revenue to their personal accounts, this is serious and we have to rise up to the challenge and we at the ACC our minds are resolute”, he lamented.

Back in 2010 the newly appointed ACC Commissioner indicted Alieu Sesay then the NRA Commissioner along with his wife and two others on 57 counts of corruption offences. Together the ACC argued that Sesay and his cohorts and misappropriated an estimated 620,000 GBP. At the end of the case in 2011, the judge acquitted all accused and proclaimed that the ACC had failed to prove that they had conspired to defraud the state. For failing to get a conviction the media questioned Joseph Kamara’s ability, and wondered if he perhaps watered down the case to give Alieu Sesay an easy exit.