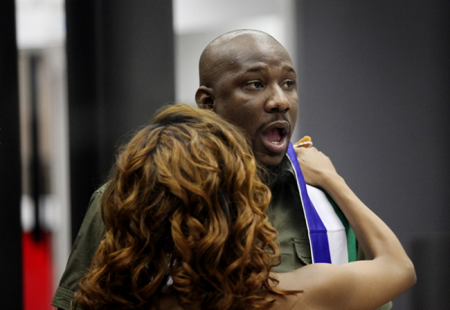 27-year-old Adrian Bolt has been evicted from the Big Brother reality TV competition in South Africa. Bolt is one of two Sierra Leoneans in this year’s edition of Africa’s most popular reality TV series. The housemate’s departure from the game came as a surprise. Bolt had picked up early celebrity status after he and Ethiopia’s Betty also now evicted became the first twosome to cuddle up under the sheets. Bolt is a business man and will no doubt return home to do what he does best.