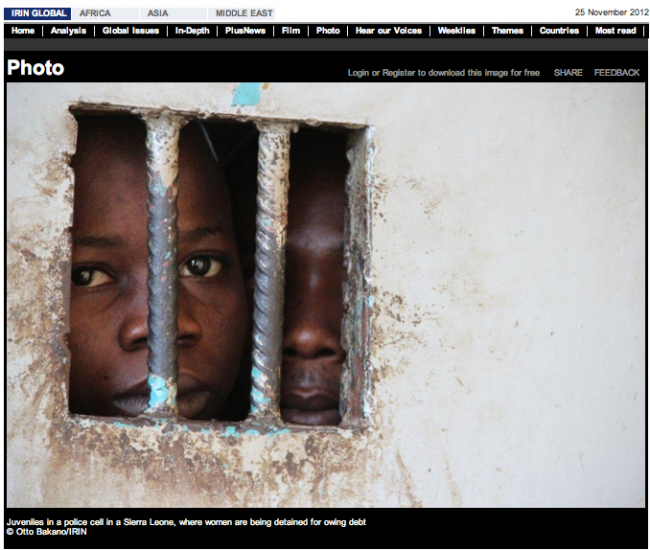 Now that the elections results have been released and there are no more excuses we are asking for due process and the release of 6 women unconstitutionally detained for 7 days. See Release from Advocaid below. 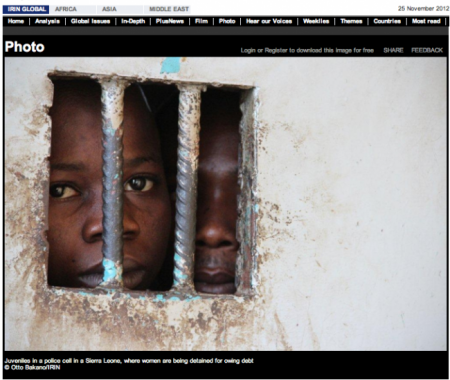 PRESS RELEASE:
UNCONSTITUTIONAL DETENTION OF ALLEGED ELECTORAL MALPRACTICE SUSPECTS BY SIERRA LEONE POLICE
Freetown, Sierra Leone
22nd November 2011
We, the following civil society organisations, AdvocAid, Amnesty International, Centre for Accountability & Rule of Law (CARL), L.A.W.Y.E.RS (Legal Access through Women Yearning for Equality Rights & Social justice), and Prison Watch, strongly condemn the action of the Sierra Leone Police in detaining alleged election malpractice suspects beyond the 72 hours constitutional time limit prescribed in section 17(3) of the 1991 Constitution.
In particular, we would like to highlight the plight of 6 female suspects currently detained at the Criminal Investigation Department from about 1700 hours on Saturday 17th November 2012. Five of the female suspects were employed by NEC in various roles during the conduct of the elections. Of serious concern is the wellbeing of one of the detainees, who is a suckling mother of 17 month old twins. She has been denied access to her children since her arrest, which is a serious breach of the United Nations Minimum Standards on Detention of Female prisoners (known as the Bangkok Rules).
The Constitution provides that all suspects are presumed innocent until proven guilty, and that they must be brought speedily before a competent authority to adjudicate on their guilt or innocence should the Sierra Leone Police believe they have sufficient evidence to charge their matters to court.
We, therefore, call on the Inspector-General of Police and the Attorney-General & Minister of Justice to immediately bring them before a competent court of law or release them on bail.
We are also calling on the Chief Electoral Commissioner, Dr. Christiana Thorpe, to speedily announce the results of the elections as all Law Enforcement and Security personnel are declining to comply with the rule of law and constitutional provisions due to the uncertainty being created by the delay in results being announced.
Finally, we are also calling on the international community to take note of these breaches of fundamental human rights during and after the electioneering period.
Signed
AdvocAid, Head Office: 39 Liverpool Street, Freetown, Sierra Leone, [email protected]/ +232 33 572 526 / www.advocaidsl.com
Amnesty International, Freetown
Centre for Accountability & Rule of Law (CARL), 7 Percival Street,(3rd Floor), Freetown
L.A.W.Y.E.RS (Legal Access through Women Yearning for Equality Rights & Social justice), Head Office: 11 Percival Street, Freetown. Tel: 076 820291
Prison Watch, Mends Street, Freetown