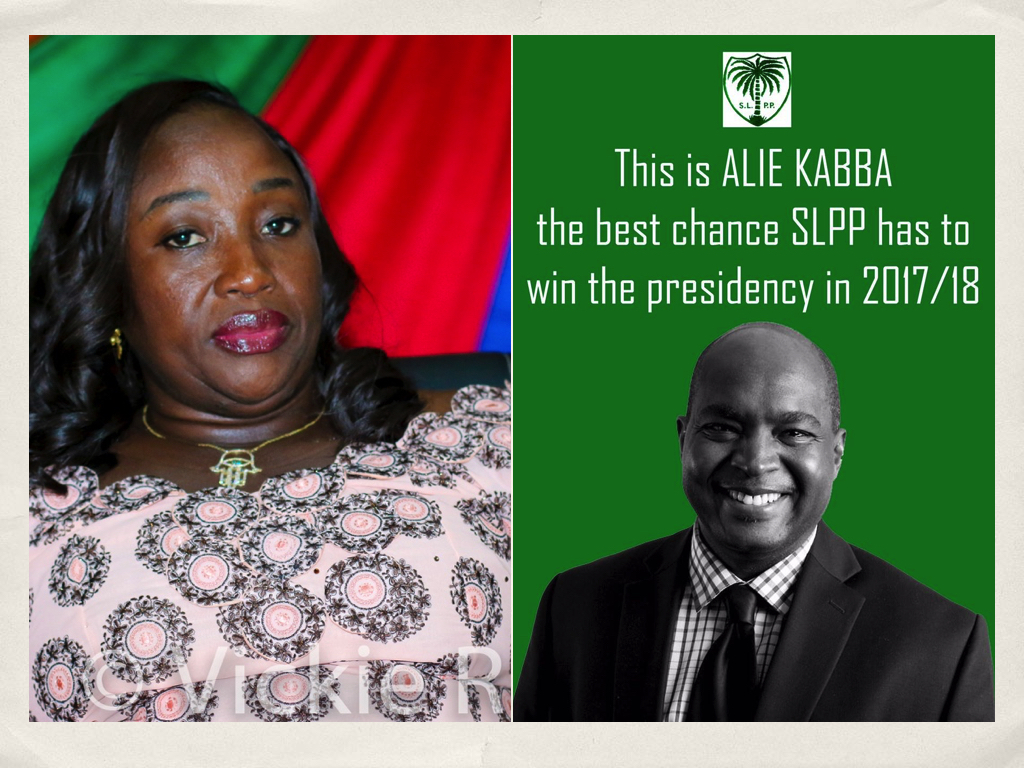 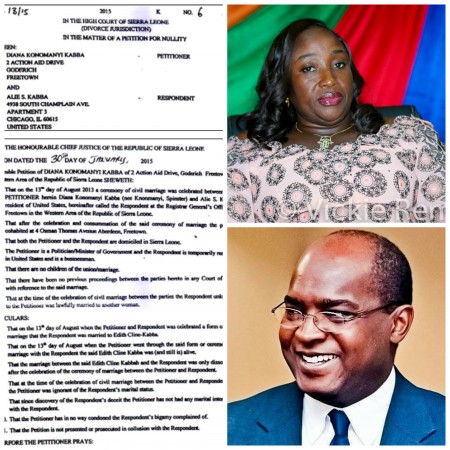 After just over a year of marriage Finda Diana Konomanyi, the All People’s Congress Minister of Local Government has filed for divorce against her husband Alie Kabba. It seems at the time of her marriage to Mr Kabba in August 2013, his previous divorce to one Edith Cline Kabba in the US had not yet been finalized although he listed himself as a divorcee on their marriage certificate.

In the court document filed in the High Court of Sierra Leone in Freetown on January 30th 2015, Ms Konomanyi says that she was unaware that Mr. Kabba was still married.

Alie Kabba is one of many who has tendered their names for flag bearer of the Sierra Leone People’s Party for the 2017/2018 presidential elections.

Global Times had this to say about the wedding between Mr. Kabba and Ms Konomanyi when they got married.