Home Sports The Olympic Smile that beat them all
Sports

The Olympic Smile that beat them all 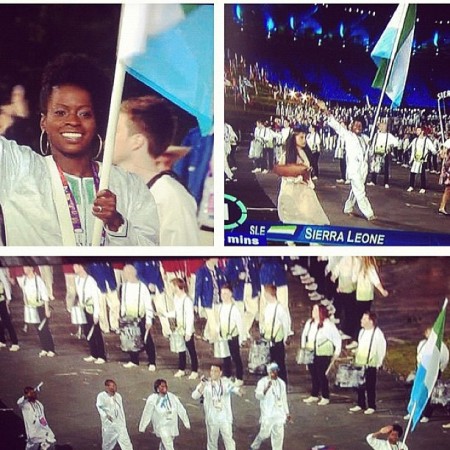 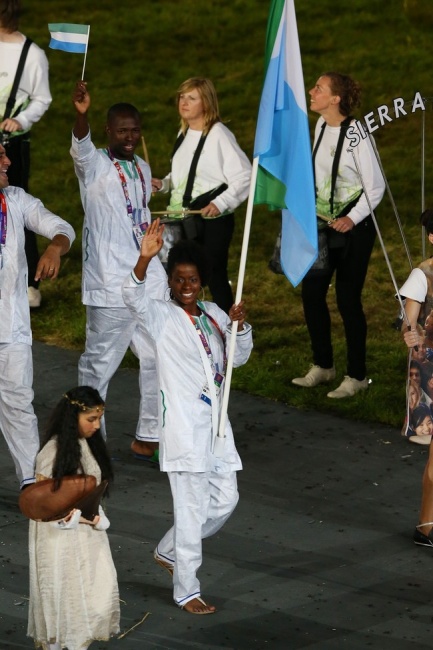 Ola Sesay carries Sierra Leone’s flag at the London 2012 Opening Ceremony. She will compete in the women’s long jump 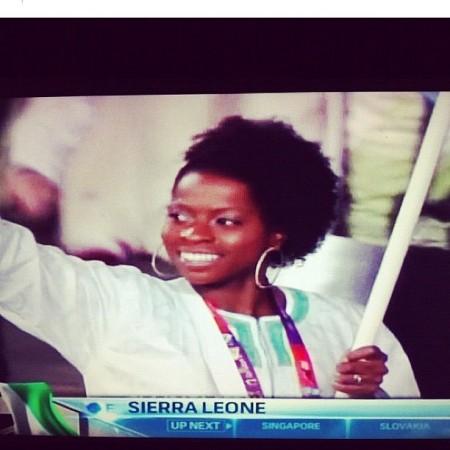 What I will remember from Sierra Leone at the London 2012 Olympic Ceremony most of all is Ola Sesay’s smile. White, broad, and confident her smile beamed out to me from where I watched all the way in Accra, Ghana. She is beautiful and that kind of smile could only have come from Swit Salone. Like most Africans I am supporting almost every one from the continent  participating in the games but Sierra Leone naturally has a special place in my heart.

Ola Sesay is aUS based long jumper who represented Sierra Leone at the IAAF World Championship in Daegu, South Korea in September 2011. She was three-time All-American and ACC champion at the University of North Carolina, where she is currently a volunteer coach. Before transferring to UNC she set the University of Kentucky Freshmen and School record in long jump. In 1997 she was State Champion (MD) in the 100m high hurdles, the long jump, and the 300m hurdles. To see Ola Sesay in action at the London Olympics tune in for the Women’s Long Jump Qualifiers August 7th at 19:05 GMT and the finals on August 8th at 20:05 GMT.

Also representing Sierra Leone at the Olympics is Ibrahim Turay a sprinter who will attempt to qualify for the 200 meter at 6:50 GMT on August 7th. Yes thats right, if he qualifiers for it he’ll be running against World Record holder Usain Bolt.

We will be watching you #teamSalone make us proud! 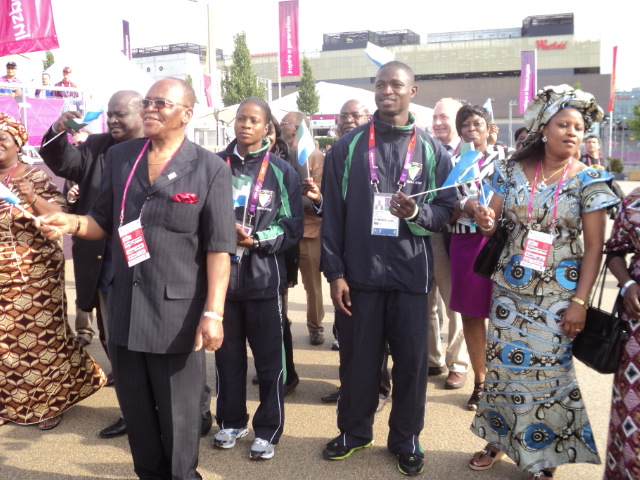 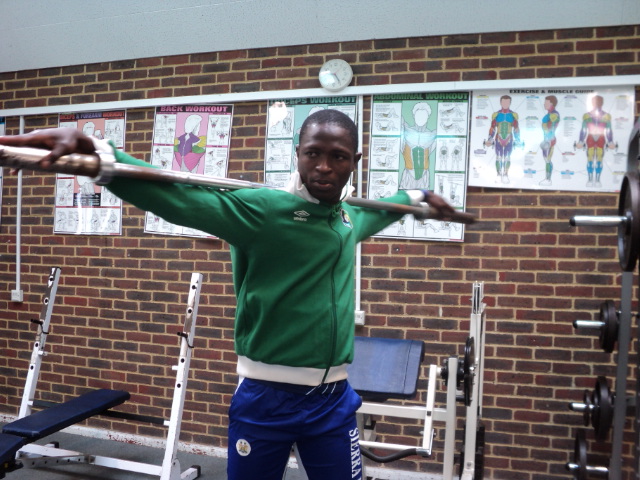 #TeamSalone at a local radio station in Hastings

More than 700 people participate in a marathon...