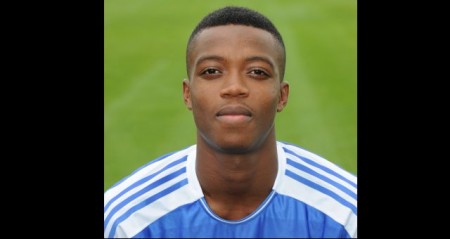 Born in Freetown, Sierra Leone, Nathaniel Chalobah signed his first contract (a 2 and half year deal) with Chelsea Football club in January 2012 having just turned turned 17.

Tall, athletic and comfortable in possession, Nathaniel can play as a central defender or midfielder and was a key figure of the reserve squad that won the National Championship in 2011 and has regularly captained the Reserves and FA Youth cup sides.

Nathaniel has represented England at Under-16, Under-17 and Under-19 levels. At Under-17, he is a full year younger than any of his teammates but remains a key part of coach John Peacock’s plans, being the starting centre-back for the 2010 European Under-17 Championships in Liechtenstein (despite being the youngest player in the competition), which England won. Nathaniel has captained the England Under-17 and Under-19 teams and like his Chelsea teamate Aziz Deen-Conteh remains eligible to play for Sierra Leone.

Here are some video highlights of Nathaniel who inevitably has been compared to current Chelsea central defender and Captain John Terry and also listed as one of 5 teenage football stars of tomorrow.

Sierra Leone’s Alfred Koroma the future of US...