The funds came from the UK government’s Commonwealth Development Corporation (UK-CDC). Even though fund manager and founder Tom Cairnes claims that just 17,360 or 1% of Sierra Fishing company’s assets were invested in the pirate vessel, he also admits that after they outsourced its management, they “didn’t spend time looking at what the vessel was doing”. 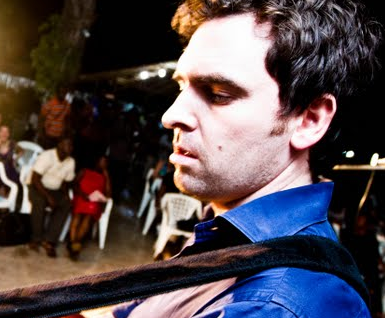 According to the Environmental Justice Foundation, pirate fishing cost West African countries an estimated $1 billion. And for artisanal fishermen in Sierra Leone, it means they come back with empty nets unable to feed their families. The government loses some 17 million pounds.

Whats interesting is that back in 2009 Manocap said that it would not at the time invest in a “fishing vessel for its portfolio company [Sierra Investment Fund] , as the boat would have contributed to overfishing in shallow waters“. However, 2 years later they are caught doing just that.

The initial UK-CDC investment into the fund was 5 million pounds, and amount that some say has grown to a portfolio of close to $20million dollars. The Soros Foundation has also given Manocap $5million to manage an agric investment portfolio in Sierra Leone.

For a company that proclaims that its goal is to provide returns to its investor as well as “creating wealth and employment in the countries in which we work”, we hope that they will pay closer attention to their investments. How do we know that their other projects in Sierra Leone, are not circumventing the laws of the country or involved in similar illegal activities?

We’ll just have to take their word for it.

Where is Sierra Leone’s history?