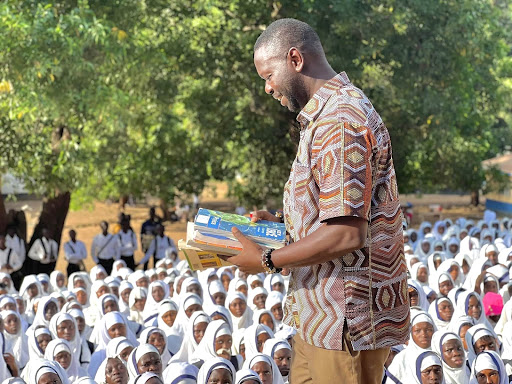 The goal of the SciLeadFest 2023 festival is to nurture talents and build technical and leadership capability, particularly among young people, to enable them to identify and solve their own problems. It also seeks to create entrepreneurship, and job opportunities and be competitive globally.

The festival which commenced on January 20, 2023, lasted for three days, with over 1000 participants from across Sierra Leone and beyond assembled at the Red Cross premises in the Kabala to deliberate on the theme “STEAM [Science, Technology, Engineering and Mathematics] and Leadership Ideas to Action – Building Entrepreneurship, Economic Freedom and Sustainability”.

The SciLead Fest 2023 saw art and cultural performance, promoting local science and innovative ideas, and building the next generation of ethically minded transformational leaders and mitigating corruption through servant leadership and technical excellence. Prior to the festival, Project 1808 Inc. embarked on donations of academic materials to schools across Kabala.

Through its mentorship programme, Project 1808 also provides career guidance for pupils, among other potential life-changing supports. Since it began operation in Sierra Leone, the organization has supported over 400 students by offering scholarships and other academic support. Dr. N’jai during the opening session said the initiative has evolved through collaboration and community ownership from a small idea to a growing one.

“We have been able to sustain our beneficiaries and the number has even doubled. We are in the 1000s now. They (students) are in UNIMAK, Njala, Polytechs, and some have gone overseas for studies,” Dr. N’jai stated.

Project 1808 promotes sustainable community development in Koinadugu District by aiding young students in their efforts to identify and address the root causes of poverty, public and environmental health challenges, and other community-identified concerns.

In January 2020, over 500 students and community members attended the festival in Kabala where they observed, experimented, and explored the various fields through hands-on experiments and demonstrations. Project 1808 anticipates the 2023 SciLead to be much bigger and fun – arts, entertainment, more professional facilitators, and engagement with organizations. It hopes to amalgamate some stations to streamline the program and allow participants to spend more time at the stations.