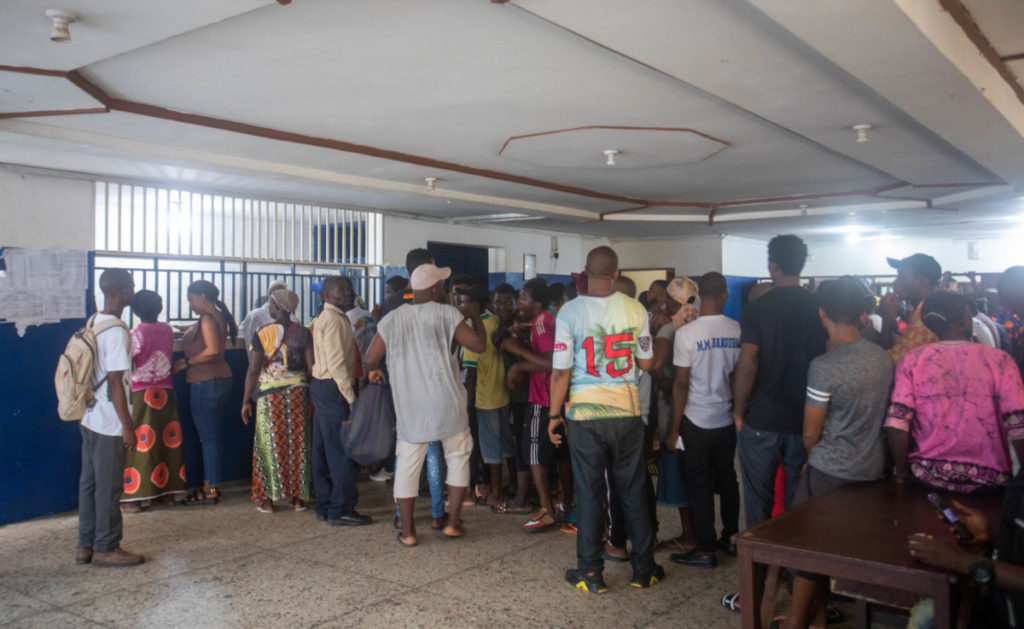 The mass winning is from Tuesday, January 17, 2023, “8 pm – National Draw,” it is one of the biggest lottery wins for one game in Sierra Leone and its highest individual win is NLe 27,350.

Head of PR and Communications at Mercury International, Alhaji Komba, said whenever such a big win happens the company has a responsibility to ensure that the customers have their money in time.

“This win is shared amongst different Sierra Leoneans across the country, and that has always been the dream of the management of Mercury International, to ensure that people realize benefits out of the confidence they have in the company,” said Komba.

Customers who were at the Mercury International office on Walpole Street, in Freetown to collect their money, expressed their delight and reaffirmed to others that the betting company caters for all.

Kadiatu, a petty trader, won NLe 2,195 after betting with NLe 5 on multiple tickets. Before now, she has been winning on a different basis. According to her, the wins from Mercury International have helped solve most of her problems and this will also be used to boost her business and take care of her family.

Sheku, a businessman, won NLe 20,920 after betting NLe 50 on multiple tickets. He said he will use the money to expand his business and advance his education.

In December 2022, the company paid out NLe 8,748,000 to 14,770 lotto winners in the country. Also, in previous months, there were several big wins from Mercury International, from December 2021 to January this year, the betting company paid more than 2 billion leones to several customers. One of which won over 500 million leones, the highest winning on a single ticket from Mercury International.