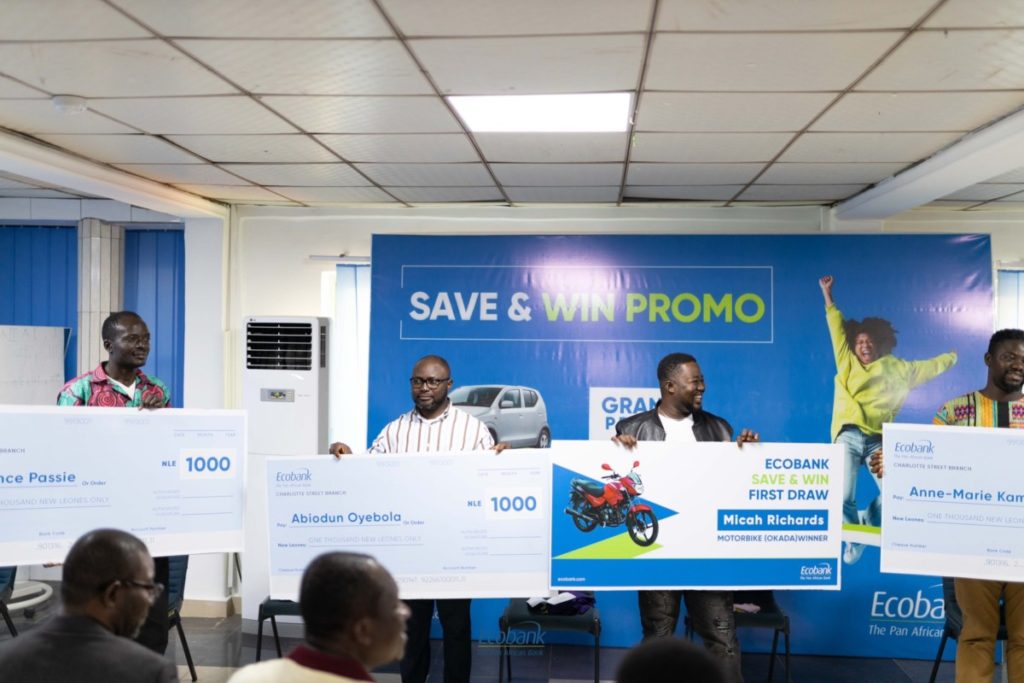 Ecobank Sierra Leone on January 13, 2023, handed over prizes to 8 lucky winners of the “Save and Win Promotion”.

The bank started the “Save and Win Promotion” in October 2022, to award their customers as a sign of appreciation. During the handing-over ceremony, 5 winners received Nle 1,000 each, two received smartphones and the grand winner, Micah Richards, won a brand new motorbike.

Speaking on behalf of the bank, Sheikh Omaru Jalloh, Head of Brand, Communications and Marketing congratulated all the winners, thanked them for believing in their institution and encouraged Sierra Leoneans to continue banking with them.

“We encourage other Sierra Leoneans who didn’t win in this first draw to continue banking with Ecobank.  The second draw is coming up soon, and in that draw, we will have a tricycle, a motorbike and other prizes that they will stand a chance to win,” said Jalloh.

“I want to express my gratitude to the management and staff of Ecobank. I really appreciate the prize and am asking others to stay with Ecobank,” said Micah Richards, winner of the grand prize, after receiving his prize.

The next draw of the Save and Win Promotion will take place on Valentine’s day (February 14, 2023), and the subsequent one will be during the Easter holiday.