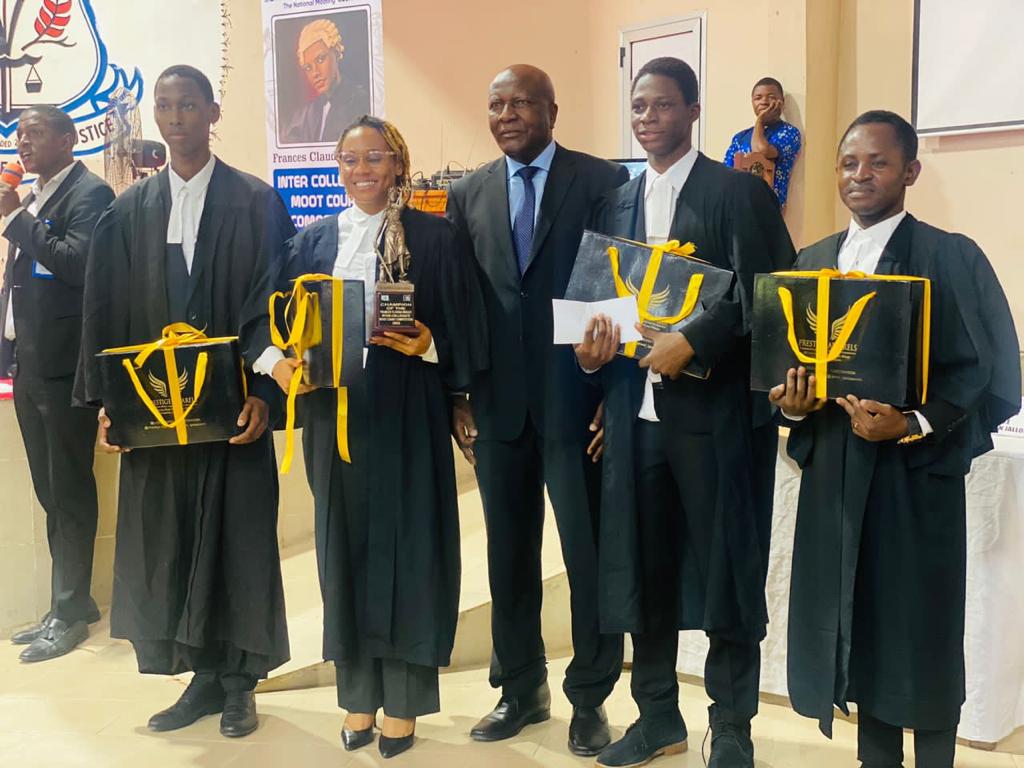 On Friday, November 4, 2022, IMAT College emerged as the winner of the Frances Claudia Wright Inter-Collegiate Moot Competition after defeating the University of Makeni (UNIMAK) Law Department in the finals.

The annual competition is organized by the Institute for Legal Research and Advocacy for Justice (ILRAJ), in collaboration with the National Mooting Council (NMC) in a bid to train Sierra Leonean law students and improve their participation in national, regional, and international competitions.

It provides an opportunity to debate a cutting-edge topic in law and recent policy developments. Students will be given a hypothetical case and will argue for both the Applicant and Respondent in the case by writing legal memoranda and preparing oral arguments for presentation in front of a panel of judges.

Sophie Kelson Sesay, a third-year Law student from the University of Makeni was awarded the best oralist for this year’s competition, becoming the first woman to win such a prize.

Speaking with one of the participants, Francis Turay, a third-year Law student from the University of Makeni expressed his gratitude to the organizers and described the event as a learning pathway.

“It was really an honor to have represented the and submit arguments on different principles of law, covering both national and international legislation; before some of the most illustrious and finest of our judges in the Superior Court of Judicature, a great feat which was only imagined in the past, has been brought to reality,” said Francis Turay.

ILRAJ is a non-governmental organization that seeks to defend the rule of law, and improve human rights for all persons in Sierra Leone.