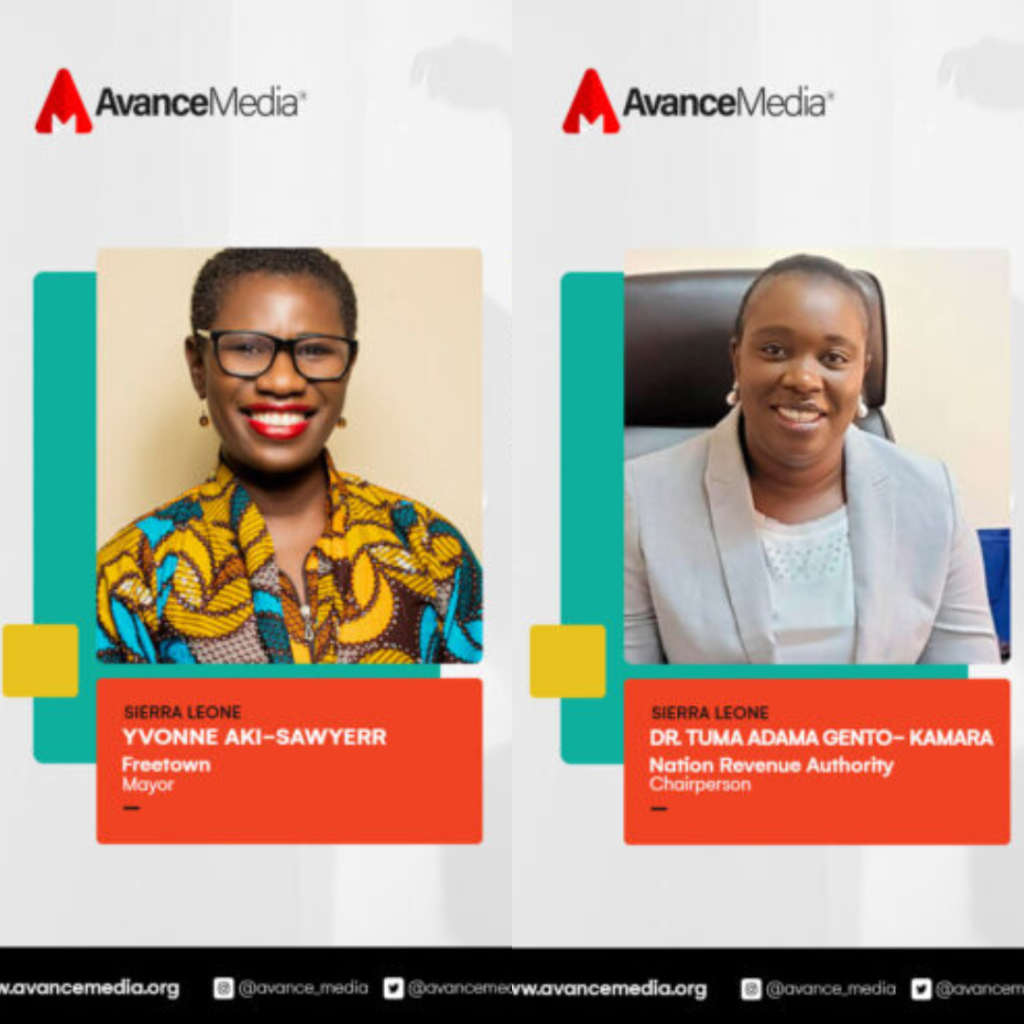 The annual publication presents a summary of African women who have climbed the corporate ladder, started their own businesses, or have been at the forefront of decision-making locally and globally.

This year’s list featured personalities like Presidents, Diplomats, CEOs, Scholars, Politicians, and Philanthropists. The publication presents a key opportunity for these women to be inspired and also continue in their strides of setting global standards & records.

Yvonne is the first female mayor of Freetown in decades. She was elected into office in 2018, 25 years after working in the public and private sectors.

As the mayor of a city with more than one million population, she has launched a three-year multi-pronged development plan called the “Transform Freetown initiative.” This initiative is covering the cleaning of Freetown’s streets, fixing drainage systems, planting a million trees, and implementing property tax reform.

Dr. Gento was appointed by President Julius Maada Bio in July 2021. She holds an Honorary Degree of Law (LL.D.) and a Master Class Certificate in Business Management and Leadership from Commonwealth University and London Graduate School.