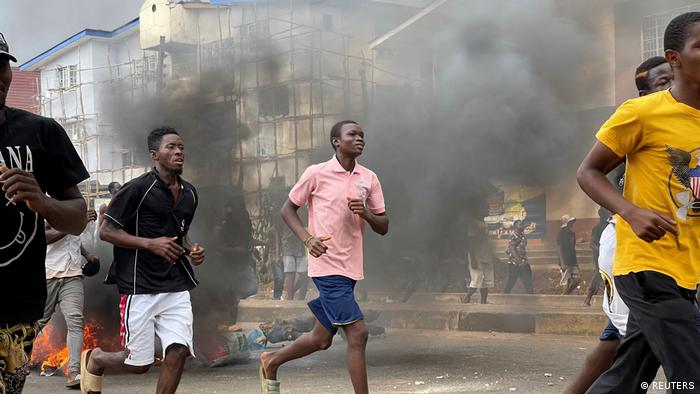 The Government of Sierra Leone will today, October 17, 2022, bury 27 civilians killed during the August 10, 2022, protest at Bolima, Waterloo on the outskirts of the capital, Freetown.

This is coming after several weeks of public outcry as to the status of the corpses of these civilians. According to a press release issued by the Ministry of Information and Communications, the government has been engaging with family members of the deceased and after several meetings, they reached an agreement for a state-led dignified burial.

The release further states that based on specific instructions from President Julius Maada Bio, all corpses will be buried in separate graves following a dignified ceremony.

However, each family will be given NLE 20,000 (approximately USD 1,250), as a means of compassion to help the families with funeral rites. This offer has been rejected by relatives of Hassan Dumbuya aka Evangelist Samson and others, they requested for the corpses of their relatives to be handed over to them.

The press release finally assured the general public of its commitment to a peaceful and stable Sierra Leone, where every Sierra Leonean could aspire to their full potential.