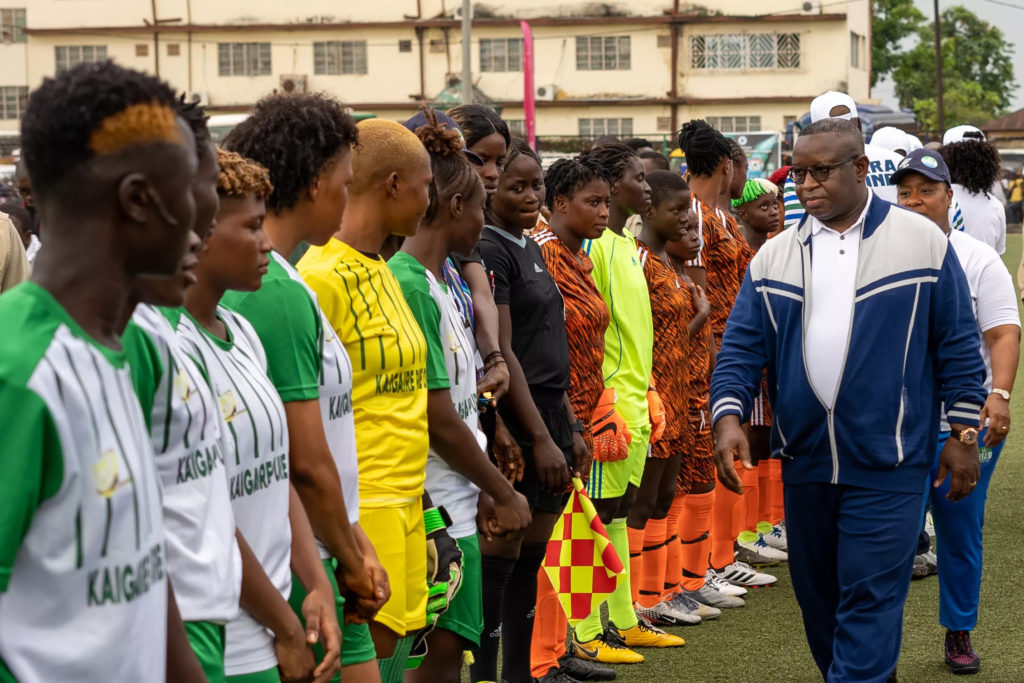 Women’s football in Sierra Leone has just entered an exciting new era, with the country’s Women’s Premier League kicking off on October 15, 2022. For the first time, the African nation’s top 12 women’s teams will face each other home and away and fight it out for the right to become Sierra Leonean champions.

The league is not so much a case of evolution as revolution. More than three years have passed since Sierra Leone last had a women’s league in operation, and even then it was only a regional competition.

Wusum Stadium in the city of Makeni was the venue for the opening match of the new Women’s Premier League, with Mena Queens hosting the Kahunla Queens in front of a large crowd. Among those watching was the President of the Republic of Sierra Leone, General Julius Maada Bio, accompanied by his wife, Fatima Jabbie Bio.

The match ended in a 1-0 win for the visitors, with Matilda Kabba scoring the goal on what was a huge day for Sierra Leonean football.

“It means a lot to us to see this new league get underway,” said Asmaa James Kamara, the head of the Premier League’s board. “What we’re seeing is a genuine transformation of women’s football in Sierra Leone.” It is a transformation that has received the financial support of FIFA, through its Forward Programme, and the Sierra Leonean government.

“Whether you look at it from a global or a national viewpoint, we all know the advantages that football has to offer,” she added. “We would love to see Sierra Leone play a full part on the world’s women’s football scene. Let’s hope this league can help make that happen.”