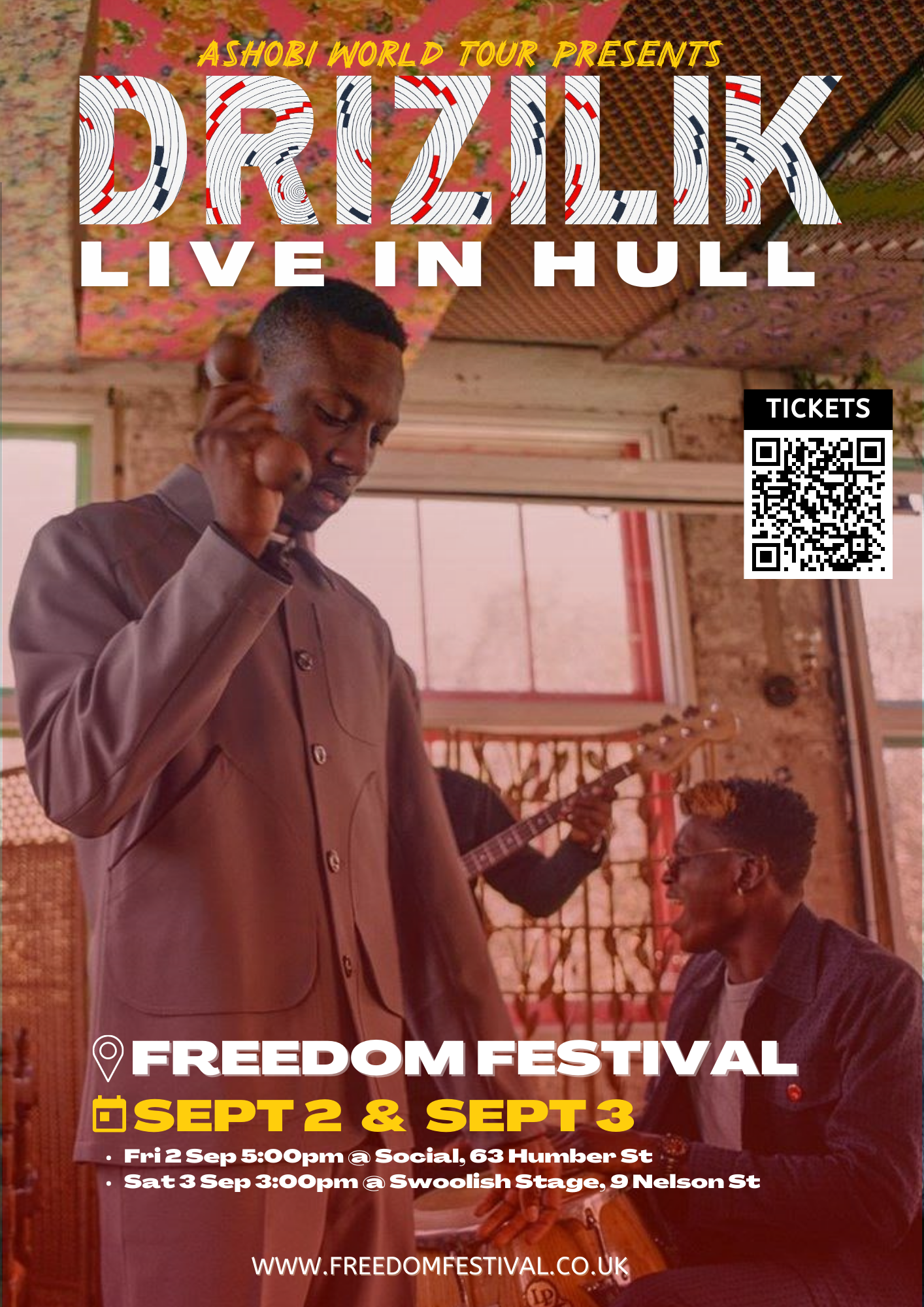 Drizilik and Freetown Uncut Band will join international acts to perform at Freedom Festival at Freetown’s twin city Hull. With back-to-back shows on Sept 2 and Sept 3, the singer and rapper will play music from his new album Ashobi released on 16 August.

Drizilik made his debut at Freedom Festival with Freetown Uncut in September 2019.

Freedom Festival returns after a two-year pandemic hiatus to celebrate the reformist legacy of abolitionist William Wilberforce. The programme connects world-class film and music talent with expert collaborators and survivors of conflict and slavery to share stories of hope, change, and resilience.

Mikey Martins, Artistic Director and CEO of Freedom Festival Arts Trust, invites all to “a city with a mischievous glint in its eye that embraces creativity as a force for good.”