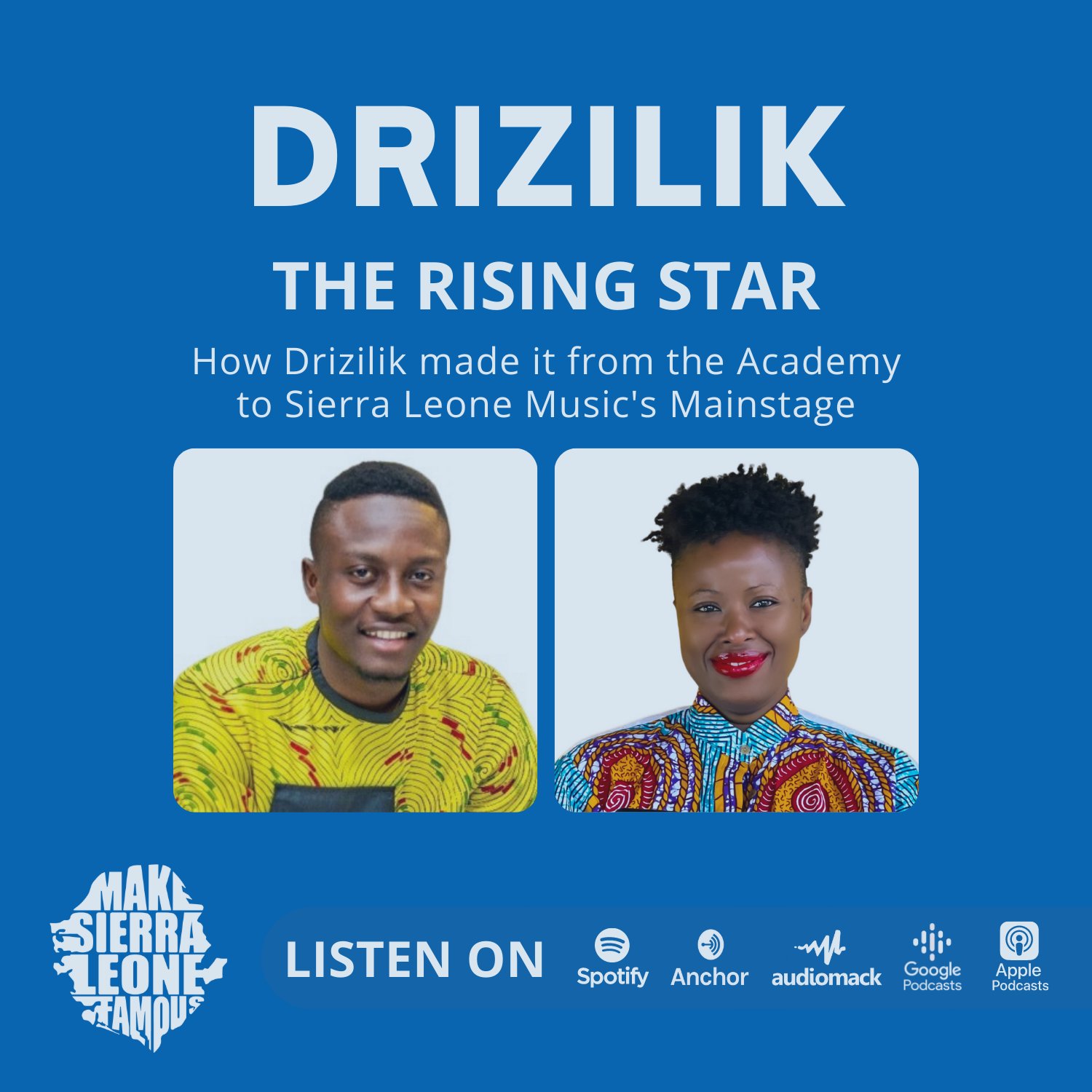 The Make Sierra Leone Famous podcast “How Drizilik Made It From The Academy To The Mainstage of Sierra Leone Music” is out now. Host Vickie Remoe chats with award-winning rapper and afrobeats artist Drizilik whose birth name is Benjamin Menilik George.

In this conversation, Drizilik talks about discovering music in his teens.

“I grew up on Wellington Street. There were a lot of boys and we all loved hip hop. If I start rapping today, a friend would do the same, then another would pick up the next day. Music started like a flu and it spread all around the community.”

After that holiday of discovery, a chance encounter with a music director at a local amateur night gave him entrance to the Balanta Academy of Music. It was at the academy that he honed his craft and met the instrumentalists and vocalists with whom he would later form Freetown Uncut.

Drizilik says his upcoming album Ashobi is an eclectic mix of hip hop and afrobeats.

“I worked with artists, producers, and writers from francophone and anglophone West Africa—this album is a West African’s perspective of the world.”