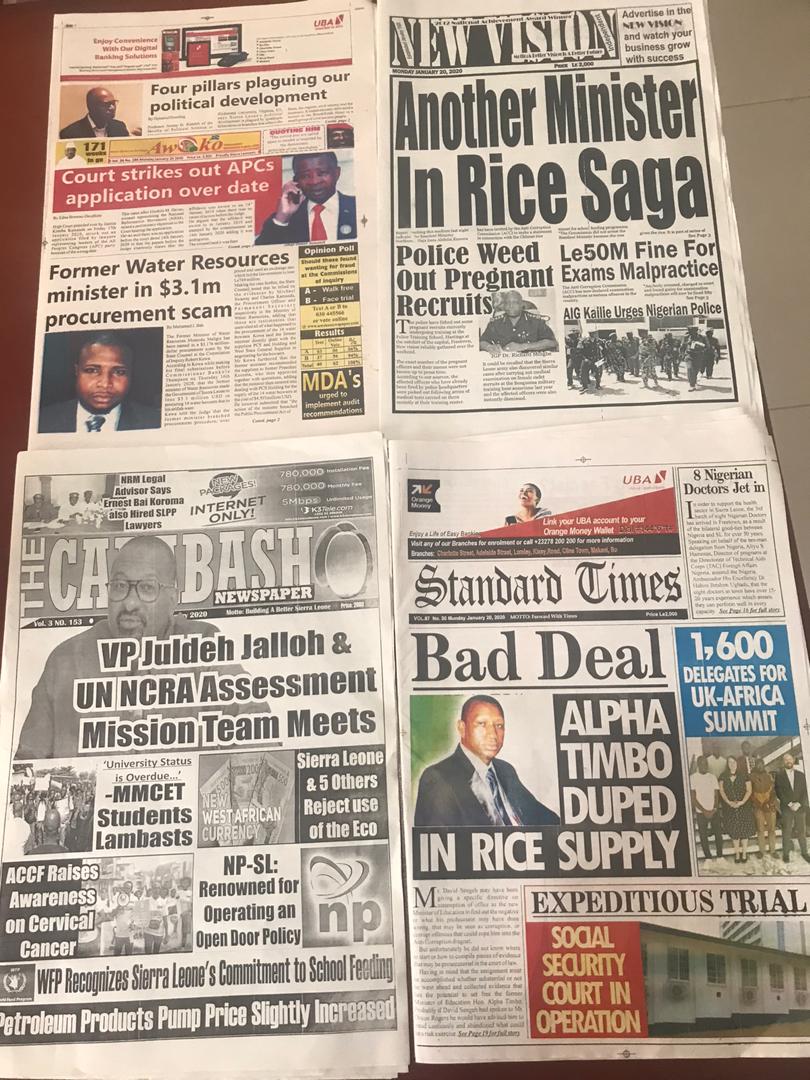 Justice Komba Kamanda presiding over the case with NRM and APC struck out an application filed by the lawyers of All People’s Congress (APC) Party as a result of wrong date given to the court. Counsel Wara Serry Kamal pleaded that it was a typographical error and they will make amends. The next hearing has been adjourned to the 24th January.

The Sierra Leone police dismissed some pregnant recruits who were to start training at the police training school. These recruits were dismissed after series of pregnancy tests were being carried on them. Those found pregnant were immediately dismissed from partaking in the ongoing training at Hastings, the outskirts of Freetown.

The Judicial and Legal Service Commission recommended to his excellency Julius Maada Bio, Justice Miatta Samba who was Justice in the Court of Appeal  to be nominated as a judge of the International Criminal Court (ICC) for 2021-2030. Her recommendation was approved by the president to be Sierra Leone’s official candidate for the 2020 International Criminal Court election scheduled for 7th-17th December 2020.