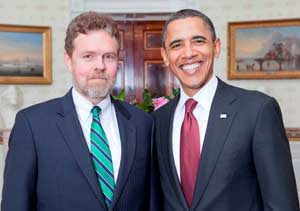 The US Ambassador to Sierra Leone Micheal Owen has said on local radio that a run off is likely in the nation’s November 17th elections. In other words Owen means to say that the current president will not get the necessary 55 percent majority vote needed in the first round. While this may be so, it is somewhat problematic for the US Ambassador to say this publicly. Why? Well in the event that there isn’t a run-off it is statements like these that might incite the opposition to reject a different result if things turn out differently.

What survey or opinion poll has Owen and or the US Embassy done to substantiate his statement? In short who is Micheal Owen and on what authority can he say what will happen in our elections. Yes we know via Wikileaks that often times the US government is privy to information that locals do not have. But it is dangerous and careless of Owen to say what he said. The nonpartisan  thing to say, would be that the US government had done its part by providing some $4 million to support free, fair, and credible elections. Anything else added to that is irrelevant and politically incorrect.

This is not to say that a run off isn’t likely or that we do not want it to happen. The US government should stay out of local politics.